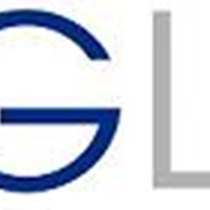 Many thanks all of you for the kind donation. It was a good run and I came in at 45min 48secs which I’m quite pleased about considering I was gasping for breath with a tickly cough. Plenty of energy left so clearly I was unable to get to full burn out. Next time I’ll go for a winter run.

Bristol Hospital Broadcasting Service is a registered charity that has been running continuously since 1952 and is probably one of the longest running such operators in the country. It relies heavily on voluntary funding to meet the needs of fixed outgoings such as Phonographic Performance Limited and running costs for outside broadcast units at the various sports grounds and concert halls. As well as this, BHBS is part way through its studio migration from the now decommissioned King Edward Building to a new location one floor below the helipad on the tenth floor of the main BRI building. There are likely to be unmet costs associated with the move as well. Please make a donation no matter how small since it would go a very long way towards helping the charity to continuing being the Bristol Hospital Broadcasting Service.

As a keen runner, I have decided to run the Bristol 10K which at the time of writing is only a month a way. I thought it would be a good opportunity to kill two birds with one stone by keeping my hand in running which I’ve neglected of late, but also raising money for a good cause.