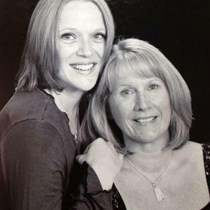 In the early hours of the 23rd October,1963 during a south-westerly gale and poor visibility the MV Juan Ferrer, a 640 tonne Spanish coaster ran aground on rocks at Boscawen Point near Tater Du.

The radio was dead, the lifeboats were out of action and the Juan Ferrer, fatally gashed by the rocks, was sinking fast.

Eleven members of the vessel's crew of 15 did not live to tell the tale of what happened next. Only four - including the Juan Ferrer's 32-year old captain - could recount the desperate battle against a very angry sea.

53 years later, during research for the new Penlee Lifeboat History book, the Heritage Team at Penlee Lifeboat Station, Elaine Trethowan & Martin Brockman, have located the unmarked mass grave of four of those young men who drowned off the coast of Cornwall.

With the support of the remaining family and friends, in Galicia, Spain, who were not aware of the final resting place of their loved ones, it is hoped that enough money can be raised to place a permanent memorial on their grave at Penzance Cemetery.

Please help us to make this happen - thank you.