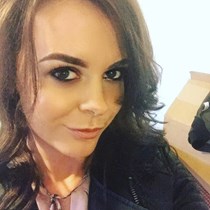 Weʼve raised £460 to fund for extra physiotherapy and sensory equipment to help aid Lucas' development and make him as comfortable as we can.

Lucas' uncle Alex is running the manchester marathon in April to raise money to help fund physio and sensory equipment for our 2 year old son, Lucas. Lucas was born 10 weeks early, because of this, he suffered severe brain damage, resulting in him being diagnosed with severe quadreplegic dystonic cerebral palsy. This means that his disability affects all four of his limbs, his condition also means that he is very developmentally delayed and he has some learning difficulties. Lucas cannot sit up on his own, he can't stand or walk, he is unable to feed himself and he still isn't yet communicating verbally. lucas' cerebral palsy means that his core and his head & neck are too weak & floppy, and the muscles in his arms and legs become too stiff, this stops Lucas from being able to do basic tasks such as playing with toys, feeding himself, crawling, etc. He is totally reliant on everyone else for his needs. He often has uncontrollable spasms which can be uncomfortable and painful for him. Physiotherapy plays an important part in Relaxing his limbs, and preventing other complications from happening, children with cerebral palsy are prone to having problems such as dislocated hips as the tight muscles can over time pull the hips out of joint. This would mean having to endure operations to correct these problems. It is important for Lucas to have constant sensory stimulation to aid his development, there are a wide choice of sensory equipment and toys out there that will interest Lucas, toys that will be adapted so he is able to play with them, however they are very expensive. As his parents, we are trying to raise funds to provide Lucas with sensory equipment & extra physio sessions, we would like him to start having hydrotherapy sessions, these are sessions in a hydro pool with a physiotherapist, however these are extremely expensive, but are known to be beneficial to those with CP. we want Lucas to be as comfortable as possible but have fun like other kids too!!