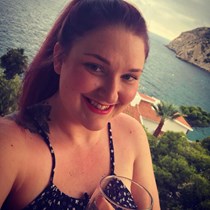 Weʼve raised £3,234 to get Mike a headstone so his children can visit him.

Im hoping to raise money on behalf of my friend lauren and her children.

After months of chemotherapy and a bone marrow transplant he hit remission and everything was looking great..

Then on the 23rd August 2018 he was re diagnosed They give him 2 weeks to 2 months max to live when he was re diagnosed but he held on, his aim was to make it until Christmas and being the strong fighter he was, he was determined . Sadly, Christmas Day he was to poorly have fun like everybody did.

On the 3rd of January he had a boost of energy so decided to have a late Christmas Day where they all exchanged gifts and had an amazing day!

that night, he fell asleep and didn’t wake up, on the 5th january at 9:50 mike peacefully passed away went for his ‘big sleep’ as he called it,

mike kept his promise to himself that he would see Christmas out with his children, Paige who’s 10 & Charlie, 9 ❤️

Mike was one of a kind and is missed by his family beyond words .

unfortunately, Mike didnt have a funeral as he didnt want to put extra financial strain onto the family at such a difficult time, the family would love to get Mike a headstone, the least he deserves and somewhere for herself and their children to visit, please donate as little or as much as you can to give those two children somewhere they can go to talk to their daddy.