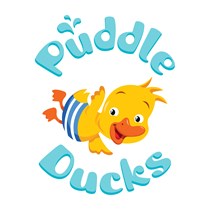 Weʼve raised £524 to raise money for two great causes, as nominated and voted for by our customers and Facebook friends during our annual fundraising PJ week.

Puddle Ducks is hosting their annual charity pyjama week from the 7th to the 13th of November, which sees the babies and children who swim with Puddle Ducks completing a lesson plan focussed on personal survival skills in the water. We are asking for donations both at the pool, or by raising sponsorship for your little one to swim in their Pyjama's whilst completing a personal survival lesson.

To help raise extra funds, our team including Teachers, Poolside Assistants and Office staff will be undertaking a sponsored swim during that week, where they will be swimming 21 miles, so the equivalent of the English Channel, but in their pyjamas too!!!

This year, Puddle Ducks Wakefield is raising funds for 2 great causes, which were nominated and voted for by our customers and Facebook friends. It was just too close to call one winner, and so we decided to pick two! Here they are....

The Good Will Cause (https://www.facebook.com/thegoodwillcause) - On the 3rd June 2014, William (Will) Woods, died suddenly from a rare and aggressive childhood cancer called Burkitt lymphoma. Will was 5 years old, 13 days from his 6th birthday. To celebrate Will’s life The Good Will Cause was set up by Will’s family and friends in the hope that something positive may come out of such a tragic loss.
The primary aim of The Good Will Cause is to raise and donate the majority of funds to the North of England Children’s Cancer Research Fund - Charity no 510339, specifically to support the Lymphoma Research Team at the Northern Institute for Cancer Research.

Wakefield and District Down’s Syndrome Support Group (http://downsyndrome-wakefield.net/) - The group was formed in 2000, and is run by volunteer parents/carers of people with Down’s syndrome. The aim of the group is to provide a support network, information and fun activities for people with Down’s syndrome, their families and friends. They raise awareness and promote social inclusion in a wide variety of ways.

Puddle Ducks Wakefield is a local swim school who offer unique, individually tailored swimming lessons for children from birth to age 10 years. With classes across Wakefield, Barnsley and South Leeds, we want every child to love swimming, respect the water and swim beautifully.