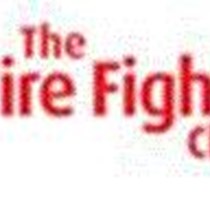 Weʼve raised £13,400 to support the family of Crew Manager Paul Wilkens who sadly and tragically passed away 23rd August 2016.

Crew Manager Paul Wilkens was sadly and tragically found passed away on the morning of the 23rd August 2016 at the age of 47 whilst at work.

Paul worked for Leicestershire Fire and Rescue Service after joining from his service in the Corps of Royal Engineers.

Paul was serving at Castle Donington Fire and Rescue Station since the 6th of August 2014, after being part of the crew that helped establish the new station and ensured during its infancy that the station will have the foundations of being great place to work and will one day be a part of the stations legacy.
Previously, Paul served at Central, Western, Wigston and Hinckley Stations. Paul also had a key role in the services Princes Trust section.
After 14 years In Leicestershire Fire and Rescue Service, TL, as he was affectionately known due to his Too Loud presence, will be sadly missed. TL was certainly larger than life itself; you certainly knew when TL entered a room, a party and even an incident. He was incredibly positive and tremendously kind. His nature was certainly that of he would “do anything for anyone”. Paul’s loyalty was unquestionable.

We would like to raise money to support Paul's family whom he sadly leaves behind. His partner Melanie, Daughter Poppy 14, Son Albert 3 and two Step Children George 21 and Ruby 15. Melanie and Albert were frequent visitors to our station at Castle Donington sharing many an afternoon decaf tea and biscuits. Albert can grow up proud, like Poppy, Ruby and George, safe in the knowledge that Dad was a genuine, great guy who served the Public of Leicestershire with great professionalism.

We are sure everyone that knew TL or maybe just heard him at some point will sorely miss him.

Please donate as generous as you wish, we are sure Paul's family will appreciate every bit of support we can give.