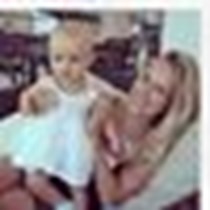 I wanted him to have a forever home with a loving family but I was told by the vet and the shelter that it would not be an easy task as most people want a perfect dog. Increasingly I was told to euthanise him as he could spend the rest of his life in a cage. Shelters in India are funded by the government, they are paid for each animal they shelter. So I took Prince home and set about trying to re-home him. We contacted the local news who wrote a heartfelt article and made an adoption video of Prince’s story, but there was little interest.

Prince is now a year older & has recovered from his horrific start in life. He is loved and a part of our family. I am now having to return to England and could not imagine leaving Prince behind. If we leave him he will be caged for the rest of his life or put to sleep. For us to bring Prince home he will need blood tests, vaccination boosters, vet checks, a microchip, export & import duties and flights. The vet has explained it will cost in the region of £3000, which we cannot afford to do alone.

Prince is also in need of a wheelchair, although he manages on his two front legs, he gets sores on his stumps which need constant care from infection. A wheelchair would mean he could run free and gain his independence back. Unfortunately, these are only available from abroad and are seen as luxury items so they are subject to 100% import duty. So again we are looking at a cost we cannot afford (£900). We don't plan on leaving Prince behind & will be staying in India as long as is possible while raising the funds.

Any extra donations will be given to charities PAWS & the International Animal Shelters in Panjim & Arjuna.