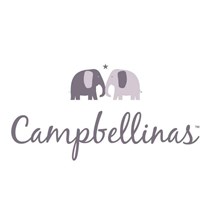 Professor Puzzle are supporting Campbellinas and taking on the Tough Mudder challenge on the 29th April. All money raised will go towards Leeds Neonatal Unit and support the amazing and loving unit.

Charlotte and Esme unexpectedly arrived 13 weeks early at Leeds Children's Hospital and were now due to spend the next number of months under the professional care of the staff of the Neonatal Unit.

These little "Campbellinas" tackled many of the issues associated with premature births, including blood infections, lung infections, collapsed lung, bowel inflammations, cysts on the brain, numerous blood transfusions and jaundice. With the best medical support, these little fighters eventually graduated from the Intensive Care Ward to the High Dependency Ward and seemed to be making fantastic progress.

At 8 weeks old Esme contracted another blood infection that travelled to her brain. Despite a course of antibiotics to kill the infection, she developed a swelling of the centre of her brain - Ventriculitus. Unfortunately the swelling was severe and caused damage to the surrounding brain tissue. Connor and Amy had to make the decision to stop her life support.

In the wake of this journey, and in light of the tremendous care provided to Charlotte and Esme, we have decided to set up a nonprofit organisation with the initial aim to raise money to support Neonatal units. Hopefully this contribution will help maintain the level of medical support provided to the girls and their parents.

Thank you for all your support! x