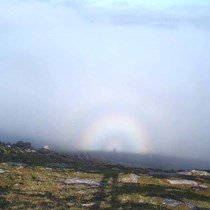 Weʼve raised £1,805 to Help Save Cumbria from "Europe's Biggest Nuclear Development." Already drilling rigs have gone up on the floodplain of the River Ehen.

Nuclear industrialisation of the internationally protected River Ehen floodplain has already begun with drilling rigs for over 300 "exploratory" boreholes. This is what a Nationally Significant Infrastructure Project looks like with the OK for 300 boreholes given by one Copeland Council "designated officer."

We do not want the "biggest nuclear development in Europe" to be plonked here next to Sellafield on this very special but already damaged land which is an important buffer zone.

Instead of honouring the brave beautiful wildlife diverse landscape which was bought up by the Nuclear Decommissioning Authority next to Sellafield, the government have opened the door to the nuclear developers responsible for Fukushima.

Toshiba’s proposed three new reactors are AP1000s. These are the next generation of the same old uranium burning technology. The difference is that these reactors burn the uranium for longer and harder. The resulting radioactive wastes are much hotter and have to be cooled for decades longer. Currently Sellafield uses over 4 million gallons of water daily for processes including the vital cooling of wastes. This fresh water is abstracted from Wastwater, the River Ehen, the River Calder and boreholes in the area. Sellafield stopped producing electricity in 2003.

The Moorside plan would be above the West Cumbria Aquifer.

We cannot stand by and let this happen but we need expert help. All money raised would go towards securing that help from a wide spectrum of experts from human rights experts to ecologists to radiation scientists

Please Please Save Cumbria and our Neighbours from "Europe's Biggest Nuclear Development."