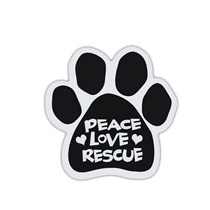 Weʼve raised £2,130 to Help raise emergency funds for extra security and other essentials for the Thula Thula Rhino Orphanage which was attacked by poachers.

On the 21/02/2017, the worst possible thing happened at Thula Thula Rhino Orphanage, a refuge and rehabilitation center for rhinos and other animals who have lost their families to poaching.

Two armed men stormed into the orphanage, held the staff hostage, ripped out the security cameras and shot two 18-month-old white rhinos, Impy and Gugu. Both rhinos had their horns brutally removed, which the poachers will probably try and sell for a large amount of money.

"As a rhino person who's rehabilitating rhinos in this poaching crisis, you think that your worst fear is that one of the rhino that you're working on is going to be shot or injured or killed," Karen Trendler, the director of Thula Thula, said in a Facebook Live interview. "So that worst nightmare was realized … it's just beyond comprehension."

Gugu immediately died after being shot, but Impy remained alive, despite being badly injured. "They did deface him [Impy] while he was still alive, and it was so bad that he had to be euthanized," Trendler said in an tearful interview.

"Impy survived a particularly brutal poaching," Trendler said in an interview. "He stayed at his mother's carcass for six days, moving away just a short distance to eat … because he was obviously very hungry and very thirsty. And when he came in, I still remember so clearly, sitting with this tiny little rhino who was covered in blood splatter from where they shot the mom, and he smelled terribly of carcass fluids, and … that reality hitting me — this is what rhino poaching is about, this is what these little guys go through."

What we need now is to act quickly for the protection of the remaining rhinos and also, of course, all the dedicated staff at the orphanage with deadly anti-poaching actions and extra security that they need.

PLEASE support these wonderful people in their hour of need.

I am a wildlife advocate and I am 100% dedicated to raising awareness about wildlife crime and its effect on the environment. I am the proud foster parent of Lentili, an orphan Elephant at The David Sheldrick Wildlife Trust.