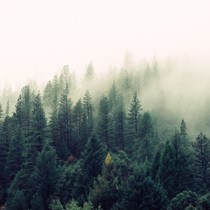 Weʼve raised £3,320 to help Vova in his medical costs and treatment and for the family of Elena.

On February 2, photographer Chris Nunn and fixer Vladimir Subotovsky were in the frontline city of Avdiivka, covering the ongoing conflict in eastern Ukraine. Vladimir (Vova) did what every great fixer does – get access.

They were to spend the night with a woman named Elena. After sitting in her kitchen drinking tea, they decided to go to bed. Vova went to wash his face, Chris to the living room, Elena in the kitchen. At that moment, a shell landed outside; Chris was thrown across the room and injured, Vova knocked into a wall, banging his head, and Elena seriously wounded. Vova immediately checked on Chris, then crawled to Elena. He saw her moaning but realized he could not remove her from the apartment himself. He directly got Chris in the car, informed military medics of Elena, then accompanied Chris to a military hospital in Dnipro, a five-hour drive from Avdiivka. On the journey, Vova learned Elena died.

Vova’s main concern is Elena’s family. The day before meeting, Elena evacuated her nine-year-old son. “I want to help the family. I was the last person with her in the final moment.”

Currently he is seeking all information about the family and son’s needs. Donations could cover funeral costs, aid Elena’s son, or other needs. However, we also need to remember the dedication, skill and commitment of those who risk their lives to help journalists get their story, nameless drivers and interpreters: fixers. Our responsibility is to take care of those that take care of us. Vova, while not critically wounded, received a concussion. He needs medicines for which he borrowed on credit, and needs more tests. Beyond medical needs, are expenses incurred doing his job. Gas, travel, lost wages and other compounded expenses add up.

Any amount helps. In Ukraine, a little can be a lot. What Vova is best at, is understanding the responsibility we have beyond our own stories, and towards our subjects who, without them, we would have no story.

It is Vova’s request to raise money for Elena. Donald Weber, a friend of his since 2006, is administering the campaign on his behalf. Fixers can have a tremendous impact on our lives and it is time we remember their sacrifices and commitments to our stories.