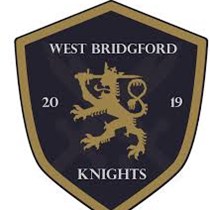 Weʼve raised £1,250 to Support the Homeless in Nottingham

Moving into the third lockdown, with no football to play the West Bridgford Knights FC are going to try and do something positive with their excess of free time.

The lads planned on challenging themselves to running 750km in just 4 weeks, with any and all proceeds generated being donated to charity. When discussing which charity, the group settled on supporting the local community, specifically the homeless of Nottingham, who will be feeling the cold more than anyone at the moment.

While going down the list of possible charity's, one of the lads suggested that instead, we use the donations to buy sleeping bags, warm clothes and food and distribute it directly to those living on the streets. Giving the supplies to those who truly need them most. This is what we settled on! Donations will be spent after completion of the event on essential goods to help those who need it and will be distributed by the team at the earliest date in the following weeks.

Starting on the 11th of January and 'running' until the 7th of February.

A local Sunday league football club based in Nottingham, with plenty of time on their hands and the hope to do a bit of good to start the year off right.