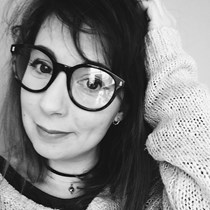 Weʼve raised £200 to help fund a new and amazing plant powered kitchen that has just begun its journey to inspire&feed the people of Bucharest, Romania.

My sister and I were born in the mystical, picturesque Transylvania, sometime between '85 and the beginning of a new era for the Eastern Europe. Growing up surrounded by natural beauty, coloured by the 4 seasons year after year, while I myself was drawn to the magic of literature, her soul and hands were reaching for the fine, visual arts: drawing, painting, design, photography - going also towards a more practical genre, architecture. But she felt like something that has always been there, yet not fully explored - was missing. It was food!

Ana moved over to London in 2011 to continue her studies and to immerse herself into the magical world of plant based food. Part because of her health issues, part because of her own research in the matter, when juice bars and vegan restaurants were popping all over London, she began her training in cooking (for vegan cafes) and food photography (for her own blog), creating recipes that would amaze and inspire. I remember one time Deliciously Ella popped into the juice bar Ana was working and tried one of her raw brownies. The feedback was none other than "these are the best brownies in town!", buying herself another one.

Ana returned to Romania with big plans and even bigger dreams. She started work on opening her own space for celebrating unique, wholesome food in the Romanian capital, but the road is still bumpy and now is facing a challenge. As a country of extreme bureaucracy, she and her fiance are struggling to create their vision of sharing healthy food. Follow their journey on https://www.facebook.com/wildforestcuisine/?fref=ts and on http://wildforest.co/

They need our support more than ever!

Living, writing, exploring (and occasionally cooking) in London, since 2014.