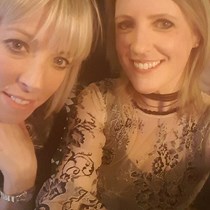 On the 2nd of July me and my cousin in law are setting off from John O'Groats the cycle the whole length or the UK unsupported, carrying our gear and camping along the way to reach lands end in 14 days. Over 1100 miles.

We both want to raise money for a local organization. I have decided to raise money for Xylosound based in Slaithwaite. A unique organization for people with learning difficulties to play instruments and be part of a band.
I PERSONALLY love music and as many of you know my brother has mild cerebral palsy and moderate learning difficulties. So this is something close to heart and without these organizations, people with disabilities would not have these opportunities to show off their talents, skills and socialize like others would. They have been running since 1992, they run every Friday forming a routine for them like going to work.

They get a small amount of funding and is run by a guy called Andy Burton. A lot of the support and help to keep it going is from volunteers and other musicians.
They not only play and give concerts at the watershed in Slaithwaite but also have concerts in outside venues such as church halls and schools.

‘The money we are raising for Xylosound will go towards taking Xylosound out and about so they can perform to and inspire other groups of people
with additional needs.’