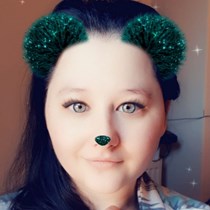 Harley is a fifteen year old boy, made homeless when his abusive mother kicked him out. My partner and I took him off the streets and paid for his living off our own backs, all the while fighting with social to get him into the system so we can adopt him. However, it's been very difficult because his mum cried and begged for him back in front of the social, and because Harley isn't one to voice up in front of his mother, the social took her side. Yet behind social, she's mean, abusive and not fit to be anyone's mother, only caring about herself and telling her own son the only reason she wants him home, is because she wants him to do everything, not because she wants her son back. She even smacked him in public to try and get a reaction out of us, to make us look like the bad people.
It's come to a point where my partner and I are moving home, and we are struggling for money for ourself with having to pay rent where we are (a room) and the deposite of our new place. We can't afford to pay for our own food and have been giving everything to Harley to make sure he is fed, but while the social keep prolonging putting him into the system, we are being drained and can no longer give him the care he needs. Not until we have moved and have our money back under control.
That leaves Harley on the streets filled with danger. Too dangerous for an adult, let alone a fifteen year old. So we are raising funds to get him into a hotel, where he will be safe, warm and fed, but we need help.