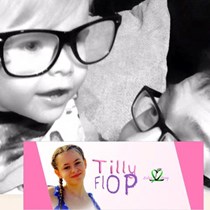 IT REALLY IS A RACE AGAINST TIME... 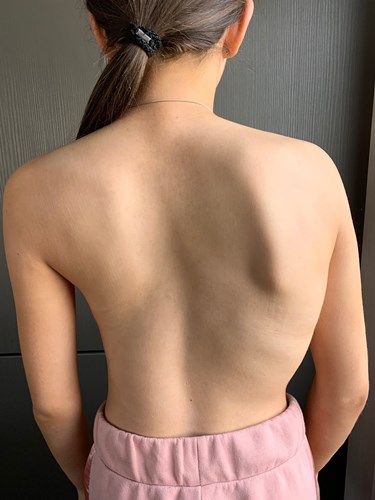 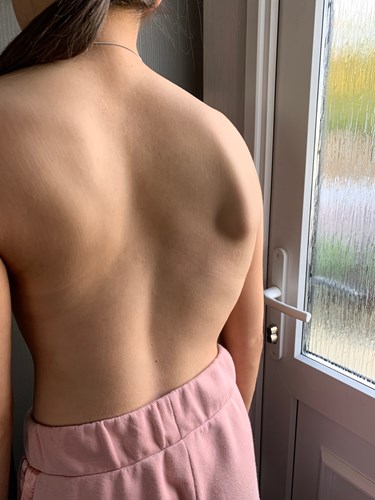 Our beautiful daughter Tilly is 12 years old. In her 12 years she has always been our bundle of energy, our performer who danced in teams and won many personal awards in weekly competitions and championship competitions. Likewise she has loved her sports. In fact I think she has taken part in every school team she ever had the chance at getting on. In just year 6 she was awarded sports girls on the Year for all her hard work, dedication and performances for the schools teams. 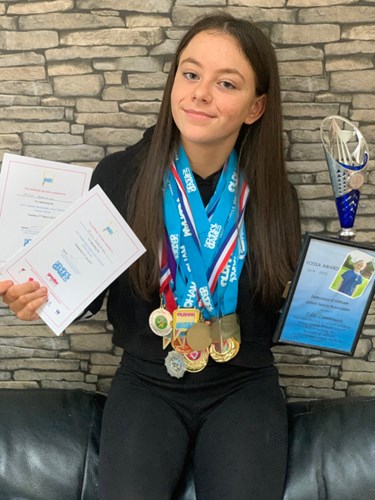 Just 18 months ago Tilly was diagnosed with Scoliosis (curvatures of the spine). Tilly has two curves in her spine. On X-ray you can see clearly her spine is of an ‘S’ shape. 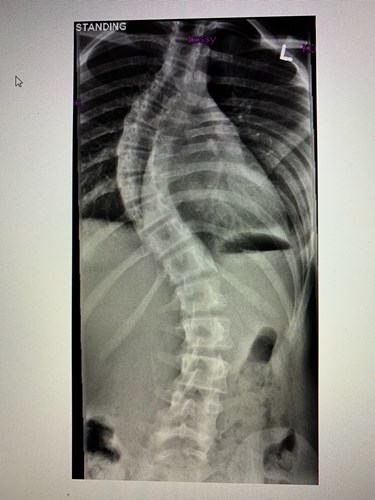 Tilly has been under consultant care were we was advised with this condition it was a case of watch and wait, followed by bracing hoping to avoid the last option of surgery. On diagnosis Tilly was already at a point of bracing. This condition we were told at this age could move very quickly and the braces she has tried were to try and prevent this as she goes through normal growth spurts at this age. Not only did Tilly find the brace extremely difficult in restriction and pain it also sadly didn’t prevent the curvature from worsening and she has had to stop her dancing and lessen her sporting activities. Although she does still try to be involved in some of the sports. Tilly can get tired very easily and has daily pain just through doing a normal day to day at school. She continues to try and keep herself flexible by doing a special physio programme we had put together for her by specialists at the Blatchford Clinic in Sheffield which we funded ourself.

In June this year we were told Tilly’s curves had reached a point that she now needed surgery. We were devastated as we were told that she would need both curves fusing with metal rods which would take away a massive amount of her flexibility and also prevent the spine from growing.

After sitting down and talking together we realised very quickly we needed to find another option despite it being put to us when we asked that we probably wouldn’t find an alternative option other that the spinal fusion.

On the 15th October 2019 we took Tilly to London to see a different surgeon. Mr Bernard at Wimbledon clinics was in our opinion most helpful, reassuring and confident he could help our girl. Yes there was a cost to that visit but we had to try. To be honest it was one of our best moves as we were actually given three options and more importantly we were told that we COULD help our girl keep her flexibility and give her the chance to be very much herself and continue to do the things enjoys and all the things she loves. It was a wonderful moment as parents to hear those words.

For a child of 12 years old who wants nothing more than to be herself and do the things she loves is very heartbreaking to witness as parents, especially when you see her try to do all that’s been asked of her to try and stop the spines curving deteriorate. Without surgery it is without doubt that Tilly’s spine has already shown that her spine is going to continue to curve quite rapid as she goes through the remainder of her growing (and has lots of growing left to do). As the spine curves further Tilly’s organs are at risk of compression from the spine causing strain on organs and leaving her breathless. She can already feel breathlessness at times now hence she feels she has had to withdraw from her hobbies.

Being given the best news that we could potentially help Tilly keep flexible the way she needs to be to be herself we were also told that she doesn’t have much time left to stay in that bracket of being a suitable candidate for this surgery. In fact Mr Bernard ideally would like to perform this surgery in Tilly in December 2019....YES THAT SOON! However for this surgery given the time she has left to still be suitable comes a massive cost. Whilst we are still waiting for an exact figure we have been given a rough quote and to get her to this surgery and through this surgery we are going to need around £85,000. This surgery will be performed in the UK by Mr Bernard himself.

Not many of us have that sort of money spare and it would take some amount of time to save so as parents and a family we are going to try our very hardest to fundraise in anyway we can in this very short time we have to raise it.

Any support, ideas, donations and just love for our girl would be truly appreciated. If we managed to hit these targets I don’t know how we could ever thank anyone enough but we most certainly try in some way.

Thank you so much in advance to anyone who should join us in this race against time but we have to start this race now.

Tilly is my youngest daughter