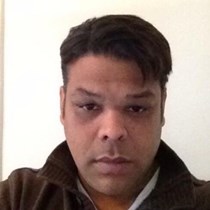 Weʼve raised £662 to ROHINGYA APPEAL This is, without a doubt, one of the worst humanitarian crises in the modern world.

Since late August 2017, more than 671,000 Rohingya Muslims have fled Burma’s Rakhine State to escape the military’s large-scale campaign of ethnic cleansing. The atrocities committed by Burmese security forces, including mass killings, sexual violence, and widespread arson, amount to crimes against humanity. Military and civilian officials have repeatedly denied that security forces committed abuses during the operations, claims which are contradicted by extensive evidence and witness accounts.

The Rohingya have faced decades of discrimination and repression under successive Burmese governments. Effectively denied citizenship under the 1982 Citizenship Law, they are one of the largest stateless populations in the world. Restrictions on movement and lack of access to basic health care have led to dire humanitarian conditions for those displaced by earlier waves of violence in 2012 and 2016.