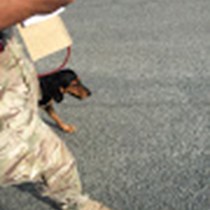 Pablo is a Greek Harehound (Hellenic Hound) who has suffered a life of abandonment, loneliness and possible abuse, found astray dodging traffic on a dual carriageway in the town of Limassol, Cyprus. He was picked up by members of the UK Armed Forces based at RAF Akrotiri, and has been cared for by a small group of servicemen after the local kennel were unable to take him as they had neither the capacity nor the resources. This then left the option of handing Pablo over to the police, but if a home could not be found within 14 days he would be put down. The animal welfare system in this case is simply not the same as it is in the UK. We refused to allow this to happen so I made the decision to take him to the UK and give him a better life there.

Upon being found he was filthy and had a myriad of minor ailments – fleas, worms, ear infections and a Urinary Tract Infection (UTI), sediment in his bladder requiring blood tests, sedation, ultrasound tests and a course of antibiotics. He also wasn’t microchipped or vaccinated, so we had no idea who the previous owner was. These €250 bills were selflessly footed by the couple that found him, and as we’ve now become attached to Pablo we all want to see him return to good health. The vet was initially unable to determine his breed, but suggested he was around one year to 18 months old – life is getting a lot better for this handsome chap, and with some training and a lot of affection we’re sure he’ll become a lot happier.

It is apparent that he has a fear of abandonment, as when we tied his leash to our desks in the office and left him alone for a short while, he chewed through his lead to escape, but still never ran away. We hope that in time his fear will be alleviated.

As it stands, Pablo is still undergoing medical treatment in Cyprus and I am due to return to the UK mid-November 2018, meaning he is being cared for by my current colleagues until he is healthy and legally able to fly. During the daytime he comes to work with us, and in evenings my colleagues take turns keeping him at home. From what we’ve seen so far, he is quite timid (possibly because of past abuse) and is very affectionate – overall, he is very well behaved and has a great personality! We are hoping in time he will open to us when he realises this affection we have for him is real and permanent.

We have been given an estimate of €650 for the transport fees for Pablo, and I hope to compensate the couple that have already paid €250 for veterinary bills. There is also the possibility of unexpected expenses such as further medical treatment and legal fees for flying. We hope to raise £1,000 for Pablo, and as such we must ask our generous dog-loving public: please help us give Pablo the life he so deserves. 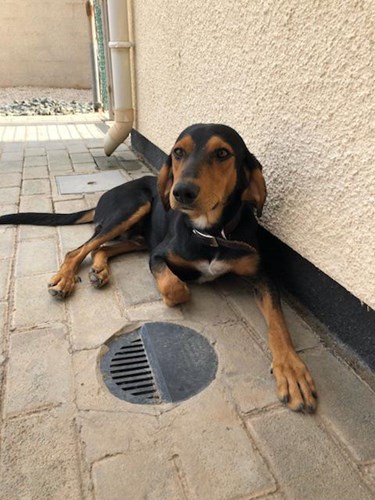 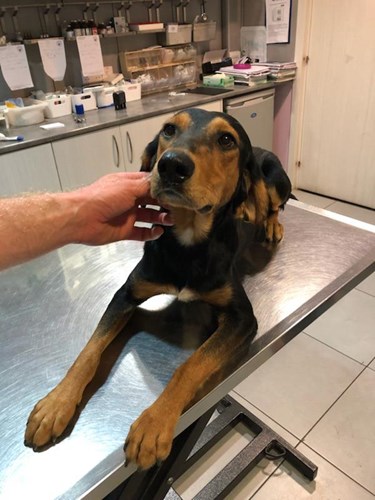 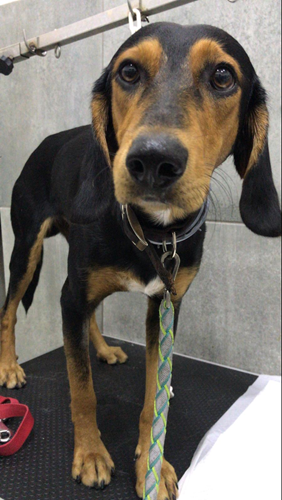 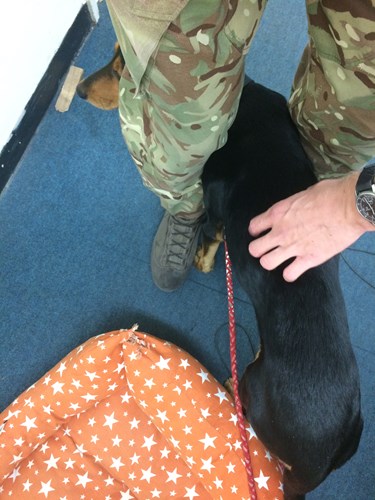 About me: Currently in the RAF, love dogs, always had them. Trying to adopt an abandoned dog from Cyprus, please read below :)