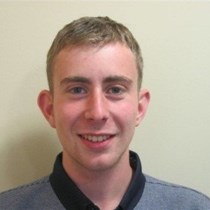 I was misdiagnosed with Fahr's disease in 2014 after a zip line accident. I was told at the time by a General Practitioner that I had a unique CT scan trace indicating that I had Fahr's, and as such I would loose movement within 2 years and likely be dead within 8 years. At the time when the GP told my family and I, we were left isolated and unaware of what to do and who to find support from.

I underwent very extensive testing at John Radcliffe Hospital in Oxford, where it was established in 2015 that I do have some symptoms of Fahr's and significant bilateral calcifications of the Basal Ganglia involving the Frontal Cortex.However, due to my young age there is not a neurologist in the UK who would commit to giving me a definite diagnosis and that it is unlikely to impact in the manner the GP had described. The relief after further testing and consultations with neurologists was immense. This sparked my interest in the disease and the need for a support network, and better information for diagnosing Fahr’s.

Since then I have been back for further testing when concerns have arisen about my neurological well being.

Fahr Beyond therefore was born and there has been a long journey in creating an organisation that is placed to:

2. Support families of those who have Fahr's

Fahr Beyond has taken an even more significant role as Adam has reached out to other organisations around the world, participated in the 100,000 Genome project ran by the NHS, and Fahr Beyond taking up the baton as the only charity in the world to exclusivity work to support people with Fahr's. Fahr Beyond Website

I am Adam, the founder of Fahr Beyond. It was founded following my experience of feeling left lonely and isolated with a rare disease the doctors knew little about and had nowhere to sign post my family and I to.