Weʼve raised £6,612 to support the Piam Brown ward based at Southampton General hospital.A specialist cancer care unit for children from birth to 16 years

In memory of my cousin Adam Smith, who experienced the excellent care provided by the Piam Brown unit.

The ride itself is all about my cousin Adam, Adam sadly passed away at the age of 13 from cancer. He was an absolute hero, with a real passion for sports and never gave up or let the fear get to him.

This year he would have been 30 and I wanted to do something in his memory while supporting the hospital ward who looked after him and his family.

The ride itself is an extended version of John O’Groats to Lands end. Due to Adam only being 13 when he lost his battle, I have decided to make this a prominent number in the planning of this ride. 1300 miles in 13 days while trying to raise £13,000. I will be completing the ride completely solo and will also be spelling out his name as I travel down the UK. 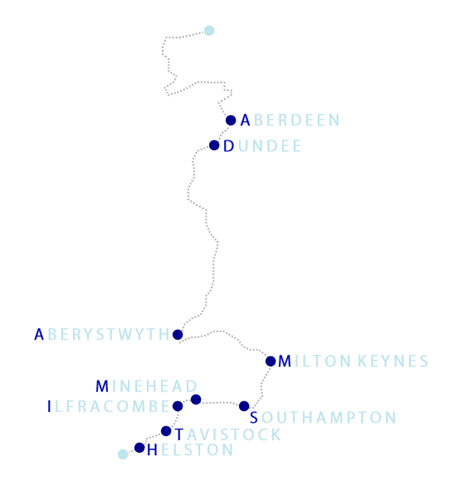 The final day of the ride is also on Adams Birthday where he would have been 30.

All monies raised will go directly to the Piam Brown ward at Southampton General Hospital. The Ward is the Regional Paediatric Oncology and Haematology Unit for Wessex, based on the top floor of Southampton general Hospital. Children come from as far afield as Chichester, Brighton, Portsmouth, Channel Islands, Isle of Wight, Dorchester, Basingstoke, Bournemouth, Poole, Eastleigh and Fareham. They cater for children from a day old to 18 years of age, treat all types of cancer and receive approximately 90 new families per annum. 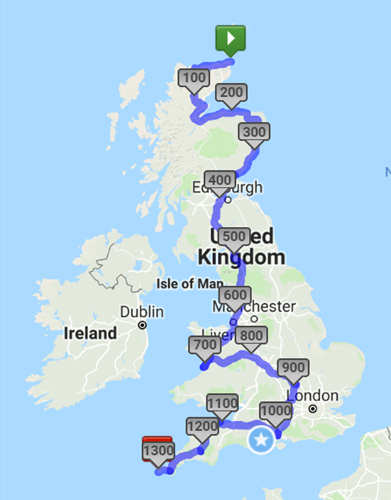