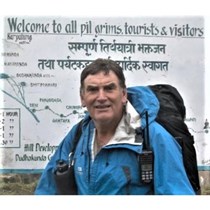 Weʼve raised £8,415 to buy the children of the Aide Nepal School, Dangsing, satchels for Christmas. The satchels are made for us by a small company in Kathmandu. 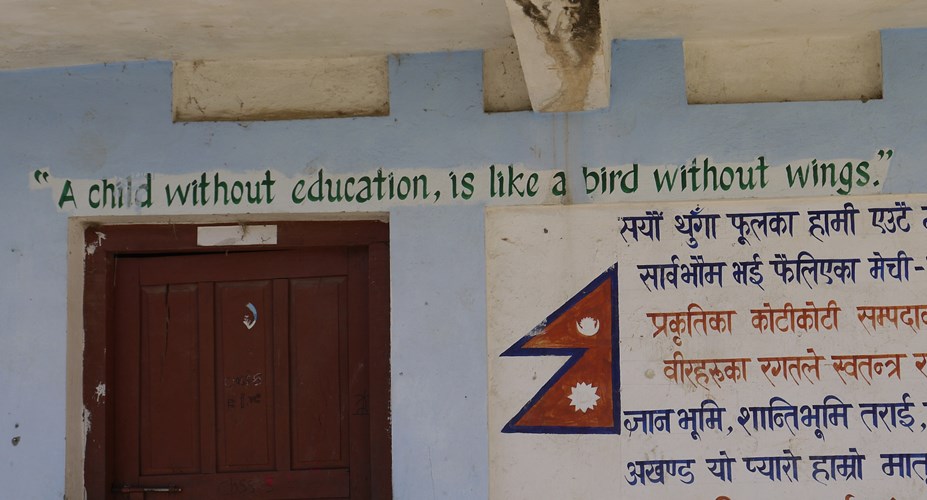 On April 25, 2015, Nepal was struck by a magnitude-7.8 earthquake. Nearly 9,000 people died and more than 22,000 suffered injuries. Seventeen days later there was another major quake, of magnitude-7.3. Thirty-nine of the nation’s 75 districts, with a population of 8 million people, about a third of the national population, were affected. Hundreds of thousands of people lost everything. More than 600,000 homes, schools and health posts were destroyed and more than 288,000 were damaged. The quakes’ strongest impact was in remote rural areas, making initial response extremely challenging.

Roy Francis MM, a former Special Forces soldier and Himalayan mountaineer, set about raising money to help with immediate relief. Many of his friends in France, where he now lives, and in the UK, joined the effort and Aide Népal Magnoac (ANM) was born. As international aid was providing the essentials, shelters and blankets etc., Roy and his team decided to concentrate on helping the children in the remote villages of Nuwakot District – they decided to rebuild schools. Money was raised in a variety of ways; quizzes, clothes sales, coffee mornings, a concert, raffles etc. Eventually they raised enough money to help rebuild the school in Taruka. Members and friends of ANM continued their effort and in 2019, in collaboration with a Canadian group, the second Aide Népal School was built and opened in Dangsing.

There are still at least 45 schools in the Nuwakot District in need of repair or reconstruction. With no funding from government the children in these villages are being educated in makeshift bamboo shelters which are drafty and cold in winter and damp in the monsoon summer! 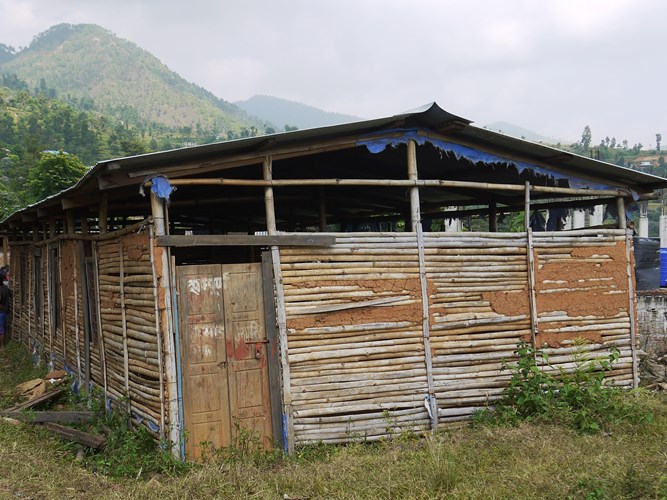 The school has 150 pupils from 5 to 10 years old. This picture was taken in the February 2016 when I opened the school. It was quite a party! 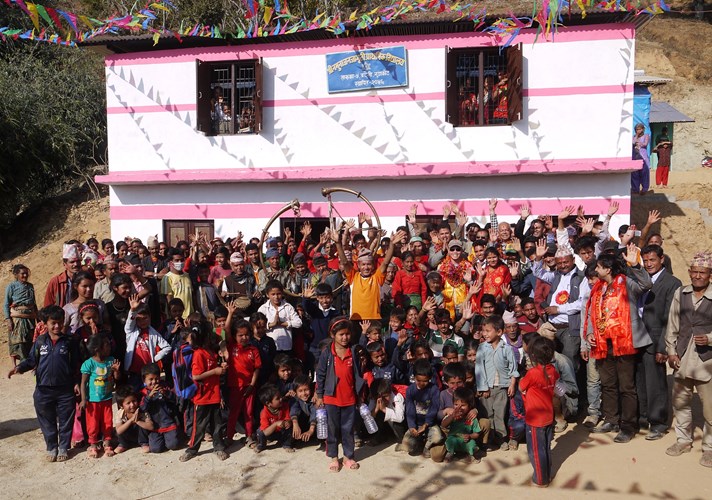 We have now helped to fund a second school in the village of Dangsing, another farming village in the north of the region. The school there was completely demolished in the earthquakes and the 200 children spent almost three years in a makeshift shelter of bamboo and corrugated metal sheets.

As with Taruka school, this school is built to western standards and is resistant to earthquakes. In time of emergency it can be used as a shelter and aid post. The school has four classrooms, a teachers room, girls and boys toilet and a solar hot shower. 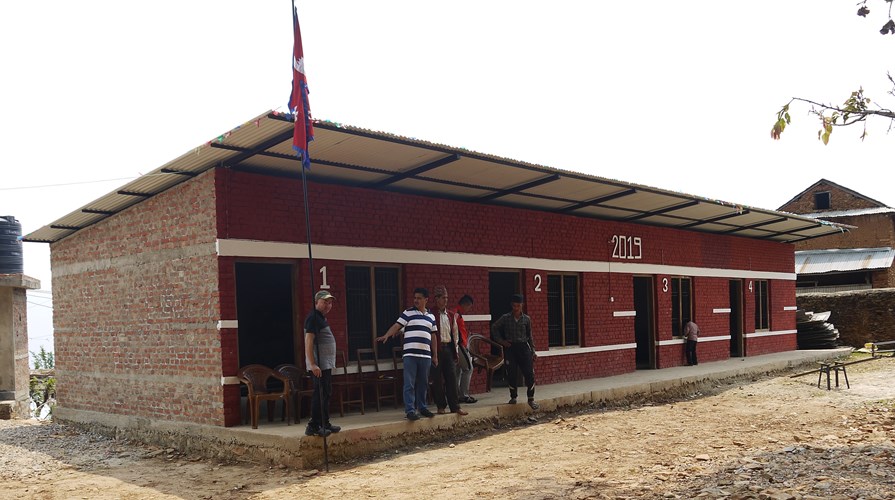 Families in Dangsing exist on about $3 per day and with little educational funding from the government, they could not afford to rebuild the school. The cost of the build was $45,000.For now the children are making do with these old wooden desks but they are well past their useful like! New desks cost $80 per unit and we need 38 units.

Thanks to the hard work and generosity of members and and friends, we have now equipped Dangsing School with lovely new desks. 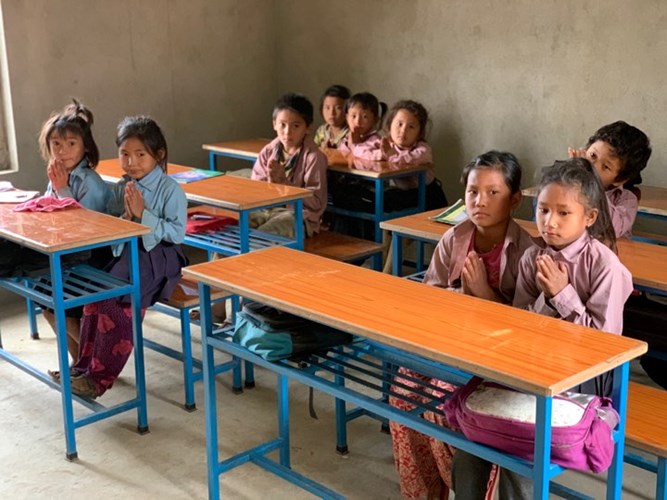 Education is so important to these youngsters as it is the only way they can escape the poverty trap and bring about change in their village. 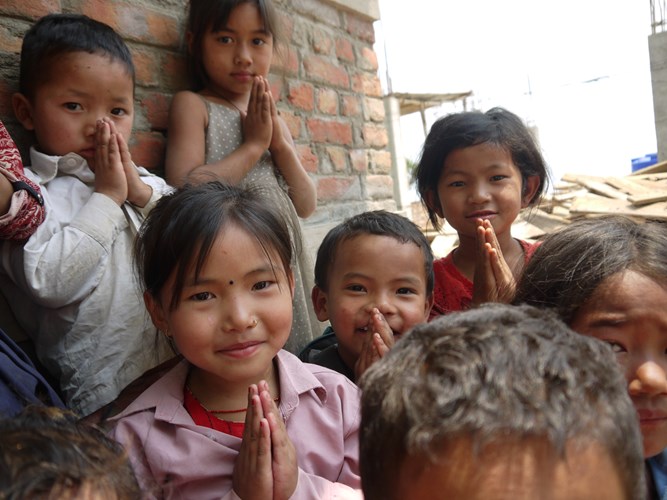 Roy (for the children) 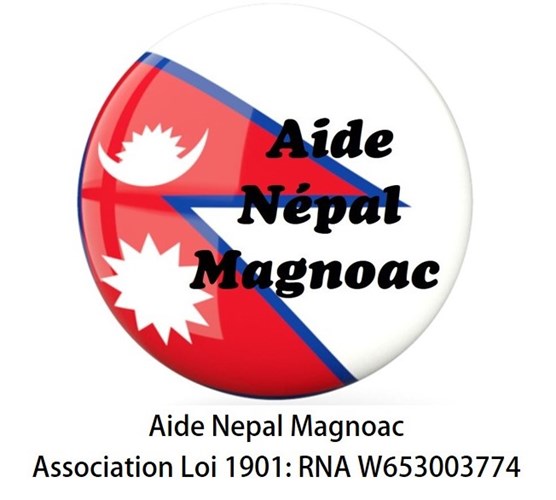