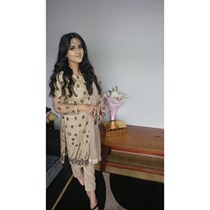 I have decided to do a sponsored silence to raise money for Yemen.

Not only will I not be speaking for a whole 24 hours, but during this time I won’t be using ANY social media, or communicating via text or calls. Once the money has been raised, I will do the silence, InshaAllah at some point during Ramadan.

The money will be donated through SKT welfare, to their Yemen appeal. Yemen is at the brink of famine. UNICEF said this could lead to disease outbreaks and increased malnutrition. There are estimates of 50,000 civilians dead as a result of famine due to the ongoing war. If this doesn’t show you how urgently they need help, what will?

Even the smallest sums of money could go so far in helping our brothers and sisters.

I ask you to donate as much as you can. Even if it’s as little as a few pennies, and May you all be rewarded for your generous donations InshaAllah both in this life and the hereafter❤️

“Give charity without delay, as it stands in the way of Calamity”-Prophet Muhammad PBUH

I'll be doing a sponsored silence to help the people of Yemen.