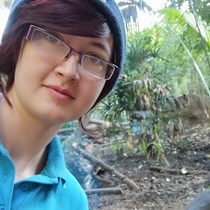 Weʼve raised £400 to Pay for our Chinchillas vet bills

We've had our chinchilla Bandit since he was born premature and his mum had no milk. We hand reared him with a special formula, every 2 hours for weeks and now he thinks he's 'people'. He's not very good at doing normal chinchilla things like jumping or balancing, sometimes he even gets stuck rolling around in his sand bath. But he still tries to keep up with everybody. He loves coming out to play with the other boys and having cuddles in his special pouch. He's also a big mamas boy and loves to visit her still to be groomed and treated like a baby. He's a big part of our family and everybody loves him. For the last month he hasn't been able to eat on his own so we've been hand feeding him wet foods, painkillers,antibiotics and cleaning every day.

Bandit had an operation last week to remove an incisor that caused a large cyst to appear under his chin. His op and medicine cost over £800 and our insurance will only cover half of any dental problems. Now he has had post op complications and had to be rushed back to the vets. He has spent the last few days on oxygen in critical condition as he inhaled some puss from the wound site. His vet bills are now over £1,000. and we have been struggling to keep up. The vets believe he is improving but we'll need to keep him hospitalised and cared for for another few days which will cost even more.

We won't hesitate to give him what he needs to get better, but we can’t afford this on our own and the donations raised so far have helped us up till this point. I'm just asking for any small amount that can be spared so that we can put it towards our little chinnie.