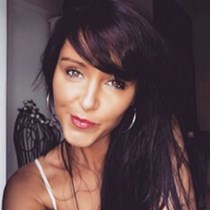 As you all know, I love animals, especially dogs and I also love doing charity events and I recently stumbled across one that has my name all over it! Rudozem Street Dog Rescue is a non-profit foundation in Bulgaria that rescues street dogs from a life of abuse and finds them loving homes in the UK. I'm sure at some point you have seen sad street dogs whilst you have been abroad, I know I have and it breaks my heart! So, on the 12th December @7.30 I will be doing a Zumba event that I hope you can attend and donate to RSDR. Come along for an hour of fun but if you can't make it, please donate through this page.

In August 2007, the Rowles family - Diane and Tony Rowles and their 4 children, 4 dogs and 2 cats decided to make the move to Bulgaria to have a more peaceful life from the busy lifestyle in the UK. The Rowles bought a family property in the outskirts of Rudozem.

After living in Bulgaria for a few months, the family saw the plight of the street dogs and started feeding and caring for them. They were shocked by the locals reactions and abuse towards the street dogs. They would see dogs being kicked and spat on, having stones thrown at them and some of the dogs that fed and cared for would be deliberately killed. They continued to feed the dogs on the streets when they could out of their own money.

In September 2007, their youngest son Luke, befriended a street dog named Ranger, and the dog started following him. Ranger became the families first rescue dog when a man was trying to shoot him. In following months other street dogs went home to the Rowles family.

With the continuing number of street dogs needing to be fed on the streets, it was getting harder not to do something, so Rudozem Street Dog Rescue was formed in 2008 and charity status was applied for