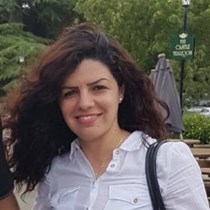 Weʼve raised £3,209 to refurbishe Ibn al-Athir children hospital and Al Khansa teaching hospital in Mosul after they have been burned and destroyed by ISIS

ISIS defeat in Mosul was a great achievement not just for the Iraqis, but for the entire humanity. The level of evilness ISIS has demonstrated in my city Mosul was unique of its kind. To my knowledge, no enemy, no matter how cruel their action was, has ever used the children as human shields or as explosive tools as ISIS deliberately did in Mosul.

I left Mosul 18 years ago when Tigris river was still sparkling under the sun, and Lamassu still overlooking the minarets and churches, which are sleeping peacefully next to each other, showing the glorious history of the city! And more importantly when the kids were still able to run and play freely and safely around our house. I am now a mother of two and a scientist in one of the biggest teaching hospitals in Europe. It breaks my heart seeing the kids of Mosul have lost everything. Thousands of them lost their legs. That is a hefty price that no human being never wished them pay! The cruelty of ISIS stripped them from the basics of what any child in the world should enjoy.

I therefore feel morally obligated as a human being, a mother and as a scientist to help them and make their story heard. I have great faith in you.. the parent, the scientist, the teacher, the business person, the journalist, the student, and every human being, to help us bring life to the children of Mosul by: Refurbish two of the city’s main hospitals along with the limbs factory. The Ibn al-Athir hodpital which was one of the most important medical centres in the city. It served children and premature infants. It also considered one of the main medical centres treating leukaemia. After retreating from the eastern side of Mosul, following the rapid advances made by Iraqi Security Forces, ISIS militants set fire to the hospital, rendering it unusable as you can see in the link below and an article in finical time about the hospital https://www.ft.com/content/68afe416-ff5f-11e6-96f8-3700c5664d30

the second hospital is Al Khansa Hospital, one of the largest pediatric teaching hospitals in Mosul, also ISIS set fire to the hospital as you can see the damage in the link below also see attached photos. Doctors without border (Spanish group) have refurbished children ward hospital. Also with local fund raise they were able to rehabilitate 35% of the hospital as about 35% to restore the health and medical services as follows:

1. Rehabilitation of the women's ward

2. Rehabilitation of the first, second and third children's ward.

3. Rehabilitation of the paediatric surgery theater.

6. The UNFPA had modified and adapted the engineering corridor to be the women's operating theater , amaternity and delivery suit ,and neonatal watd. However, the area is small and does not accommodate the high demands. The organisation used medical store room and adapted to Children's ward and the Paediatric Intensive Care Unit.

7. The Children's Emergency Operations theater was rehabilitated and became the main theater for surgical cases in our hospital and for all ages.

8. The blood bank was rehabilitated by a donor from the city of Mosul.

9. The doctors' house and the doctor's house were partially rehabilitated.

10. The hospital was cleaned up and huge amounts of waste material were removed.

11. Medical devices, surgical instruments and other materials were collected from the rubble and cleaned and rehabilitated by the staff for use in the hospital.

However the following is still dammged and need and urget repair:

1: the oxygen factory was destroyed and there is a need to bring a mobile oxygen unit supplier to meet the demand for oxygen added to the need to repair the central oxygen system to distribute oxygen to hospital departments

2: the elevators of children's wards .

3: Central air conditioning system is disrupted and need to be repaired

4: the need for an efficient sterilisation device in the hospital for the purpose of sterilisation of surgical suits, machines and linens

5: malfunction of the MRI machine due to the loss of magnetism and helium gas

7: Maintenance and rehabilitation of the kitchen and provide him with the necessary supplies for work.

8: Lack of service cars for the hospital

10: The need to provide an operational budget to sustain the work in the various hospital facilities 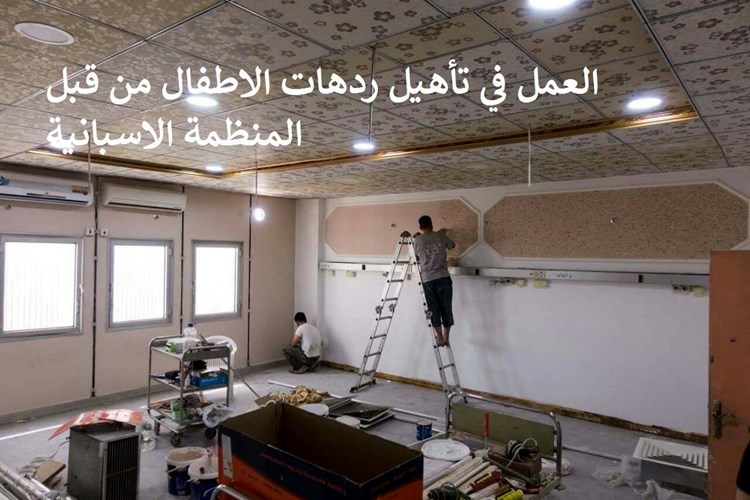 Working in children ward by doctors without border ( spanish) 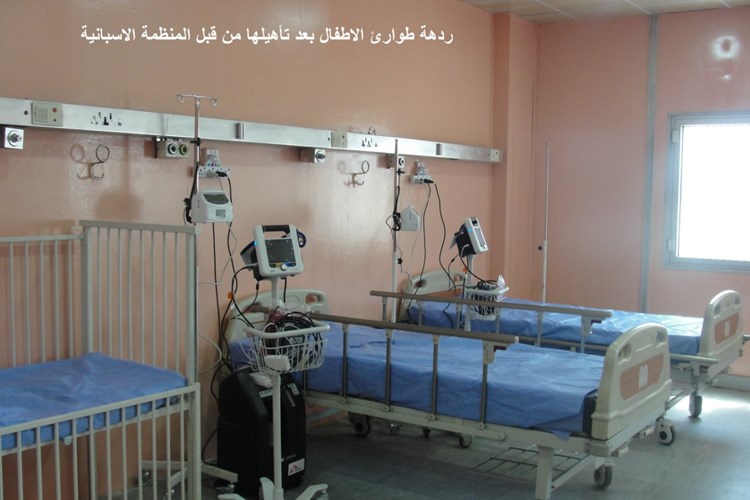 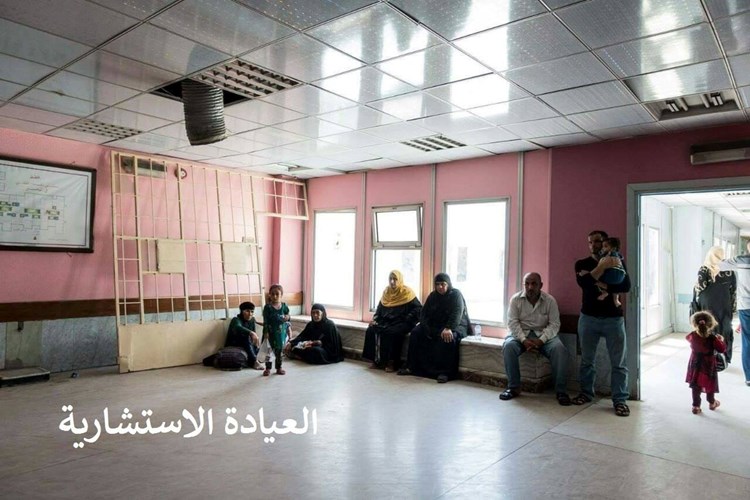 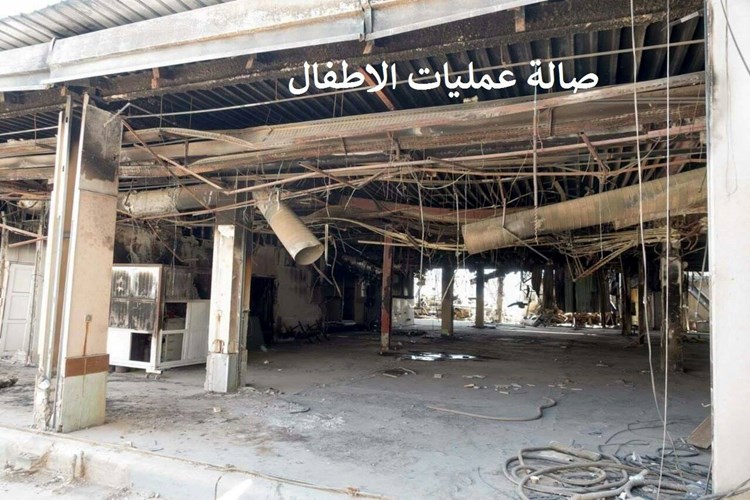 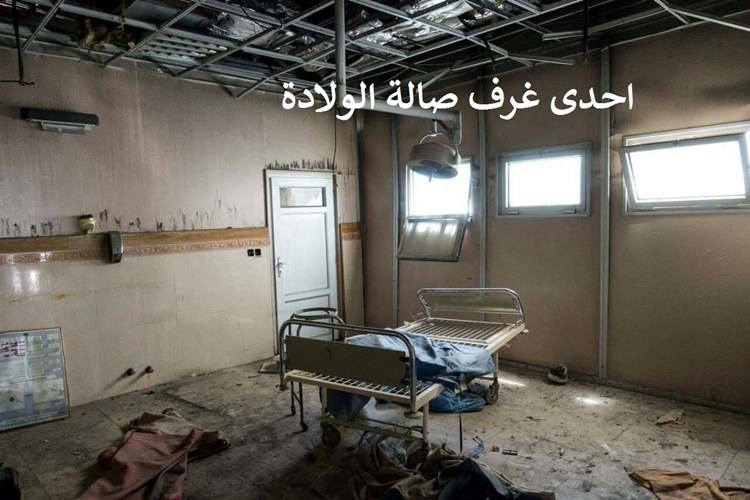 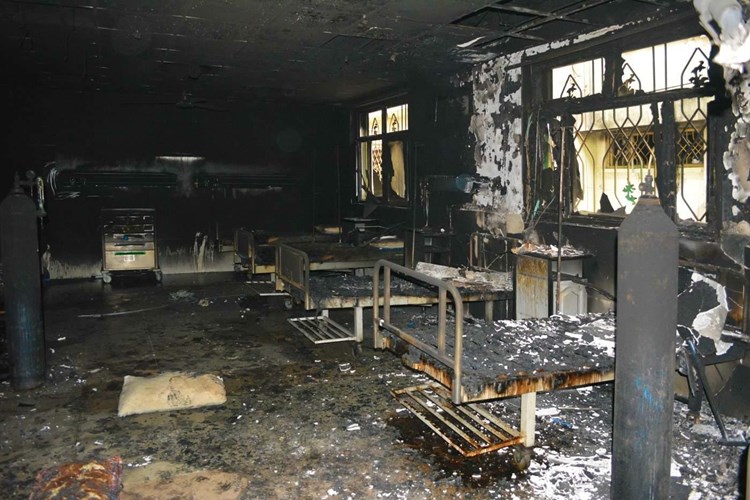 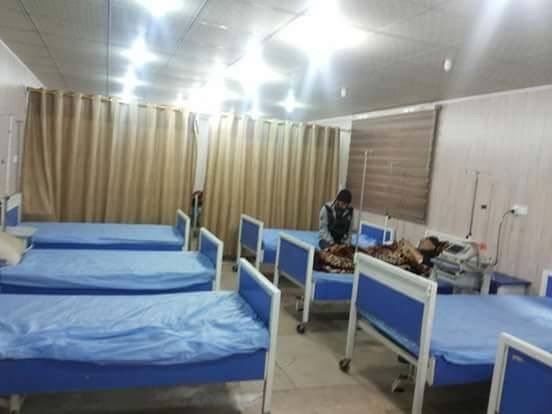 I'm just a simple scientist who works in the lab developing cures for patients with arthritis at University of Leeds. As a mother of two my life is already very busy, between taking them to school and rugby matches, but I am willing to do what I can to help this cause.