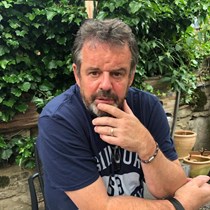 Weʼve raised £2,270 to help Julie and the boys fund the funeral of her late husband Andrew Hayes

On Tuesday May 14th, everything finally became too much for Andrew to bear and he decided that the only way out was to take his own life. As if this situation wasn't tragic enough, it quickly became apparent that, whilst there were still many questions left unanswered, Andrew had made no financial provision for his wife Julie and her two sons Ben and Sam, infact he has left them penniless, in huge debt and consequently with nowhere to live.

Where as in most case, the bereaved wife would feel too angry and bitter to care, Julies first concern, despite everythings thats happened, is to ensure that Andrews body is returned to Swindon and that at the very least the family can arrange a funeral to allow them to grieve probably, say their own goodbye's and start to bring some closure to what has been a truly harrowing time.

In order to retrieve Andrews body, have the simplest of funerals and be allowed to retain his ashes, the family need to find £2,200 and they are asking for the support of their friends, family and anyone else who knows them, in order raise those funds and allow them to put plans in place to hold the funeral in the coming weeks.

Anything you can help with is going to mean the world to Julie, Ben and Sam and not only will it allow them to let Andrew go with some dignity, it will also be the start of them getting back on their feet as they look ahead to the uncertain and frightening future that awaits them

I know that this wont mean anything to the majority of my friends on FBK so apologies for that, but to those of you who know the family, on behalf of the three of them, many thanks for any donations that can be made for which they will be eternally grateful.