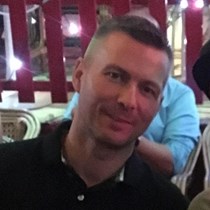 Weʼve raised £0 to pay for a Pectus Implant Operation to correct my Pectus Excavatum, a condition I was born with and which is not available on the NHS.

Pectus or chest wall deformity refers to a relatively common condition where the chest appears irregularly shaped. It typically appears in childhood or early adolescence often around puberty, getting worse doing the growth spurt, at the time of rapid bone and cartilage growth. It becomes 'stable' and essentially unchanged once adulthood is reached.

Pectus deformities are common with pectus excavatum affecting roughly 1 out of 400 children and pectus carinatum occurring in approximately 1 out of 1500 children. In both types, boys are affected more commonly than girls.

I have lived with this condition for 40 years now. It has massively affected my confidence and affected my everyday life in many ways. I dread summer holidays because i don’t like taking my top off in front of people. I have never had a meaningful relationship as I feel I am not good enough and am scared of rejection.

When I was younger it could have been corrected by surgery but my parents thought it not worth the risk/pain and so I have had to live with it until now. I understand my parents decision was taken with my best interests at heart and in no way do I hold them responsible.

This is a relatively new procedure offered by Dr Ian Hunt in London, costs over £10,000 altogether and is sadly not available on the NHS.