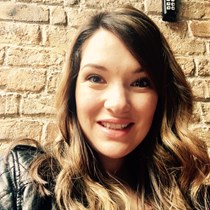 Weʼve raised £25,832 to help Alan Jenkins with conversion of his home and a wheelchair accessible vehicle after he sustained a spinal cord injury

In September 2016 Alan fell off his bike whilst taking part in the New Forest 103 mile cycling sportive. He sustained a spinal cord injury at C3,4,5 and fractured T6 which has resulted in permanent paralysis from the chest down (Tetraplegia). He was treated in the Neuro-intensive care unit in Southampton and placed on a ventilator as he was unable to breath independently. His family were advised he was unlikely to survive his injuries. In the following weeks he survived multiple life threatening events after which he was fitted with a tracheostomy and told it was likely he would need a ventilator permanently. In November he was transferred to the Critical Care unit in Stoke, closer to home in Telford. Despite further complications and set backs he was eventually weaned off the ventilator and able to breath independently, swallow and enjoy his first meal since the accident. In January 17 Alan was moved to rehab in the midlands centre for spinal injury in Oswestry where he spent the next few months undergoing physiotherapy and rehabilitation programs which eventually enabled him to be able to sit in a wheelchair. In April 2017 Alan was discharged from rehab and is now being cared for at the Morris Care centre in Wellington. Alan's family home has been sold and Alan and his wife Celia have purchased a nearby bungalow which requires further adaptation to make it accessible and safe for Alan to live in. Due to complications associated with his injury, problems with breathing and autonomic dysreflexia (AD) which can be life threatening if not treated promptly, Alan will require full time specialist care at home. He will also need a specially adapted wheelchair accessible vehicle, and other assistive technology to give him a degree of independence. Despite his physical limitations Alan retains full mental capacity and remains positive for the future. He looks forward to being able to return home to his family. We are raising money to help make this possible.

I am Alan's eldest daughter and mum to Elliott his first grandchild who was born just a few weeks before his accident. Together with my mum Celia, sister Louise and Brother Andrew and with the support of our family and friends we are trying to make arrangements to get Dad home