Weʼve raised £320 to help find a hospital and pay for treatment for my mother after a mis-diagnosis of aggressive and multi organ cancer.

Sally is a devoted Wife to my Dad, Grandma to our 3 young children and a Mum to my wife and me. I have never asked for anything before, but today I am going to beg and plead for help.

Until October 2017, Mum was an active, happy, easy going Grandma. She was never ill, in fact the last time she was in hospital was to give birth to me back in 1981. One day she collapsed. Severe pain. 999 pain. She was taken to Hospital and treated for an infection. 3 days later she was discharged as being on the mend, a little worse for wear having not really eaten. The following morning at home she couldn't move. We couldn’t move her. She was in and out of consciousness. 999 again and taken back to hospital. Treated again for infection. 72 hours later we were told she had internal bleeding, no infection as previously thought. Intensive Care were involved and it was touch and go. Luckily, 2 weeks later, mum was discharged again but continued to be treated with antibiotics and had become a bit anaemic from the 5 units of blood she'd needed. She carried on with regular GP appointments safe in the knowledge she was getting the best possible care.

Fast forward to March 2018. Mum collapsed again. She had lost 5 stone since October. She was coping at home but struggled with stairs. She thought old age had maybe caught up with her. All the while she was being treated with different courses of antibiotics (6 in total). 2 more weeks spent in hospital. More CT scans, ultrasounds, X-rays, countless blood tests, the same as she'd had in October. Still treated as an infection. I remember meeting with the consultant sat with Mum, I remember his exact words "I can assure you that you do not have cancer. The scans and blood tests are all fine, we will continue to treat you for an infection."

Fast forward 2 weeks and we are sat in a consultant's office, with a Colorectal nurse being told that Mum has an advanced tumour at least 4 inches long inside her bowel. A cancer that has been there for at least a year, maybe more. We found out after a 2nd opinion and a camera investigation at a different hospital.

Mum is sat in hospital, with a cancer that has spread into her bowel, bladder and uterus.

I desperately need to get my mum the help she needs.

The treatment not available on the NHS includes immunotherapy and HIPEC surgery and treatment which would give her the best chance. This treatment is available quickly and less than 1 hour from her home but they require £5000 upfront before even assessing her and the treatment could run well into 6 figures.

This is after she has been built up with fluids and nutrition, not to mention the aftercare she would require at home. However much or little you can spare, or even if you can share on social media, I cannot thank you enough

This is mum last year before on her birthday. 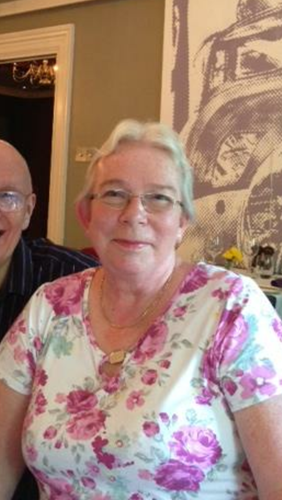 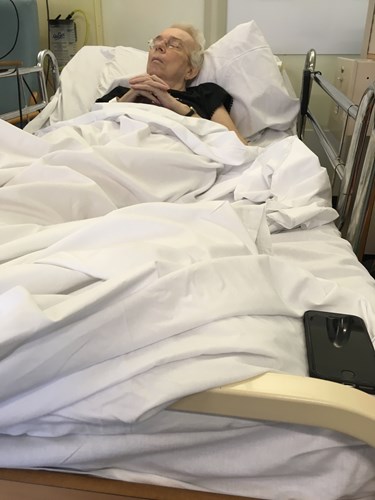 37, Dad of 3 from Lincoln. I work hard to provide and I help my parents who are both retired. I have no siblings.