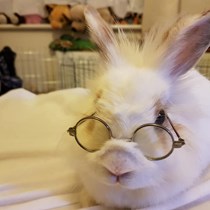 Hi there. This is a difficult thing for me to write because I have always prided myself on dealing with my own problems, and being independent. However, the events of the past few years have left me struggling with a lot of debt at the age of twenty four, and combined with my student loans; I just feel very lost. A year and a half ago my partner had his drink spiked at a LARP event, and suffered a psychotic breakdown due to the drugs that entered his system. He spent the next few months in and out of a psychiatric hospital, and I myself suffered an undiagnosed psychotic break of my own (later realised and diagnosed after the fact by my GP), but because I was high functioning and able to work, nobody noticed. Those were the darkest days of my life, and I became the sole breadwinner for our little family of myself, him and our two cats and corn snake. I work as a teaching assistant so I made just about enough to pay the rent and the bills, but I was heavily reliant upon my overdraft and credit card to cover the other necessary expenses like travel, and food.

Due to my depression and how it affects me, I found myself over-eating (or not eating at all and wasting the food I had bought) and over-spending in an attempt to console myself while my partner was hospitalised. It all resulted in more debt than I could hope to pay off, and as my partner does not earn enough money to pay the rent and bills on his own- I could not make up what I had lost.

I have recently had to take out a DMP, and am left with pretty much nothing at the end of the month, Added to that my partner is currently transitioning, which can be expensive even on the NHS- what with the prescriptions- and is trying to get an English Passport, especially with the worries of Brexit. All of this costs money. Money we don't have.

The money we raise will provide a buffer to protect against any further problems with being able to pay rent and bills, and to help my partner become a full British Citizen.