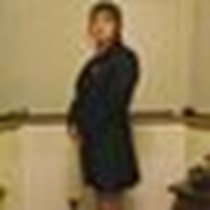 Weʼve raised £400 to make a free woman of Alf so she can marry the right bloke.

Everyone knows Alf - even the people who don't know her, know who she is. She's a bit nuts, a bit scary and a good laugh. She's also one of my best mates, which is why I want to help make a free woman of her :-)

Cue 'Love Story' music......... Alf & Tony first met in 1985 at a Business gig at Adam & Eve's in Leeds - they hit it off, but just as mates. They went off, did other things like both getting married twice, and lost touch but didn't forget each other. When the marriages didn't work out, they looked for each other on Facebook, and eventually Alf found Tony in April 2013. After a lot of online chatting and remembering just how well they'd got on, the next month they met up at a gig and that was that! They got engaged a month later at the end of Cullercoats North pier, Tony moved up for a year and then they went down to Oxfordshire for work, where they've settled with Alf's two boys.

Tony is a great guy - he's just what Alf needs and they are made to be together. After going through some shit years, she really deserves to be happy. The only negative is that they can't get married because at the moment they can't afford for Alf to get divorced.

I know Alf thinks this is a crazy idea - but she is one of the most popular people I know. I'm sure if everyone who knows her chips in a few quid, we can raise enough to help out. And then they can get married, third time lucky for both of them, and live happily ever after :-)