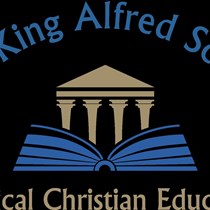 Weʼre raising £3,200 to revive classical education in our nation, money raised pays for registration fees for a new independent primary school in Dudley.

Charles Dickens said of King Alfred, the ninth-century king of Wessex: “The noble king ... in his single person, possessed all the Saxon virtues. Whom misfortune could not subdue, whom prosperity could not spoil, whose perseverance, nothing could shake. Who was hopeful in defeat, and generous in success. Who loved justice, freedom, truth and knowledge.”King Alfred, after defending England from fierce Viking invaders, set out to restore classical Christian learning in the nation. He established schools in the churches, encouraged literacy in government, and had great works of literature translated into the common English language. His efforts laid the foundation for the kingdom of England, and are still being felt today. By naming our school after King Alfred, we seek to honour his visionary Christian leadership, his support for education, and the historical foundations of our nation.