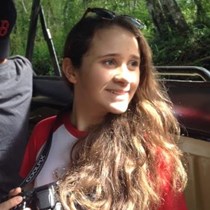 Weʼve raised £500 to Volunteer working with a group called eagles on Aids awareness and irrigation systems this summer for 2 weeks in Malawi.

This year I am graduating from High School which is crazy! At my school and I know in many high schools we have the tradition of going on a "senior trip" which is where groups within the grade go on a week or two of holiday in the Mediterranean. This year however I wanted to use the fact that I have been so lucky to have gone to such a great school and got a good education that I want to give back and do something that will be fun but also doing my part in the world before I head off to University.

For many years Malawi has been suffering with the effects global climate change, along with many other issues. But in the last month the situation has become even worse and as many of you will have seen the state is suffering from very bad floods due to the cyclone that has hit.

With this in mind I decided that instead, I would go to and volunteer in Malawi. I plan to go in June and will be volunteering for 2 weeks. I will be volunteering to help communities overcome the worst effects of poverty and disasters. We will focus on working with people on the ground and hearing their ideas as they believe that the same people who face these issues, also have the best idea as to how they can overcome them. The focus is very heavily on the fact that as westerners we are not superior but we have got different views and education and so together we can make a difference and just as partners that we work in Malawi can learn from us, we too can learn a great deal from them too. In Malawi I will be working with several organisations on the ground living and learning alongside the Eagles Relief and Development Program, in their effort to improve food security, come up with methods to help limit the destruction that climate change is causing and reduce poverty in local communities, as well as working with several clinics to raise awareness on HIV aids and prevention methods.

I need to raise 1,300 pounds to join the team plus my air fare there and back. So about £2,000 in all. I have created this Just Giving page in the hope that I can raise some money for the trip so I can make a difference in Malawi, a country that has not only given so much to me, but also shaped me as a person.

This is what the program has already done in Malawi and I want to be a part of increasing these numbers!

I will not stop until poverty stops!