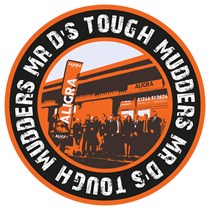 Weʼve raised £2,550 to Help fund a downstairs disability toilet for the Darby's

Steve, the husband of Aligra Hinckley’s Branch Manager Claire Darby suffers from Huntingdon's Disease. Out of the blue in December 2015 he was diagnosed with this rare illness that causes the progressive breakdown and degeneration of nerve cells in the brain. After working all his life as a HGV driver, Steve had to surrender all his licences in 2016.

This horrible disease has a broad impact on a person's functional abilities and usually results in movement, thinking (cognitive) and psychiatric disorders.

Claire is very active at raising awareness of Huntingdon’s disease through social media, vlogging and general updates of their journey and has a worldwide following who she offers support and advice to as their respective partner is diagnosed or is fully into their HD journey. She has also delivered various talks and upskilling sessions.

When we heard of Steve’s need for a downstairs disability toilet to make life a bit easier, the Aligra team decided to act!

The Aligra family have all signed up to take part in the Tough Mudder event on 17th July 2021 with the aim of raising at least £2000.

Aligra has agreed to match all funds raised by the staff. Any surplus sponsorship will be provided to the Huntingdon’s Disease Association.