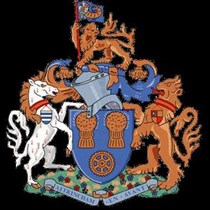 Weʼve raised £1,140 to Support the efforts of the Red Cross Ukraine charity.

Starting on the 21st of March, all schools connected with the Altrincham Community Sports outreach programme will be attempting to collectively walk the distance to Ukraine and back from Altrincham. A total of just over 3,600 miles, each child will need to walk at least 1 mile realistically, a huge community effort.

The money raised will go directly to supporting the actions of the Ukrainian Red Cross effort in whatever way they see fit. No-one should have to go through what the Ukranian people are experiencing right now and as much aid as possible is vital to make their lives that little bit better.

We will also be organising a non-uniform day with everybody wearing yellow and blue for a £1 donation. There will be more details on these activities which are planned for the week commencing 21st March.

Not to be left out, Altrincham's Reserves squad have been set an extra incentive for winning games over the next few weeks by the management team of Ross Speight, Michael Welch, Max Pouncey and Danny Jarrett.

The squad have been set the challenge of picking up nine points out of 12 across their four games this month.

If the minimum target of nine points is met, the management team will spray their hair in Ukrainian blue and yellow for a matchday. If it is missed, the entire squad will have to spray theirs!

Alongside the challenge on the pitch, the Reserves will be out and about in Altrincham town centre, collecting in buckets for the appeal at a date to be announced. Our fundraiser will culminate in a bucket collection at the Barnet home game on May 2nd.

There will be more initiatives announced over the course of the month, and any donations will be most welcome.

Last but not least, our friends at the Trafford Veterans are collecting much-needed supplies to help those heading to safety in Poland. The club is a collection point for any of the below-mentioned supplies that you may be able to donate. Please call in and let us have any of the listed items during the following office hours: 8am–7.30pm Monday, Tuesday, Thursday; 8am–4pm Wednesday; 8am–6pm Friday.