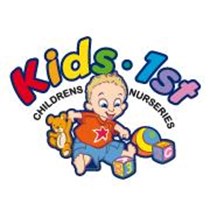 This Page has been temporarily frozen

Looks like we still need a few details from the page owner before we can get this Page up and running again. If you've already donated, don't worry - your donation is safe. If you'd like to donate, please keep checking the Page for updates.

Weʼre raising £5,000 to help brave little Grace and her mum during her strenuous cancer treatment in America.

Grace is an 11 year old little girl who has been diagnosed with a large pelvic tumour, identified as Ewing's Sarcoma, a type of bone cancer.

After already undergoing numerous procedures, scans, CT, MRI, bone marrow testing and constant blood tests, she is currently undergoing intensive chemotherapy, set to last a full year. As well as enduring this, she is also set to have Proton Beam therapy in the USA for 12 weeks. The type of radiotherapy available to Grace will cause so much permanent damage to her little body, including hips, uterus, ovaries, bowel, bladder, nerves, pelvis and spine that the USA is her safest and best option.

She has been told that her pelvis will be so damaged it will not likely grow anymore, she will probably also never be able to have children. The medical team feel that in America, they will at least be able to save some bone density in her hips and hip joints.

We are raising money in order to fund cost of living in the USA for Grace and her Mum, Emma. There is a chance she will be in America over Christmas, which is heartbreaking for her family and we would love to be able to have funds in order for Grace to have a visit from family members.

Not only this, but the cost of hospital travel and living has proven to be so much more than anticipated. Grace comes across many hurdles in between her chemo sessions and is often hit with complications such as infection and fever, which means she has no choice but to be admitted for between 5 and 10 days at a time, in between her chemo stays.

Grace will most likely need never-ending medical help for the rest of her life, due to complications and/or side effects from the cancer, chemo and radiotherapy. All addition funds will go into a trust for Grace, in order to be used to help her recovery.

Graces journey has already been such a long one. Over a year ago, she was taken to the doctors with pain in her lower back, as well as weight loss - this led to Grace being diagnosed with a cracked coccyx and sent home with pain killers. After some weeks / months passed and more visits to doctors, walk-in centres and even A&E, with similar outcomes, she was then told she had muscular issues (pulled hamstring), and again sent away with painkillers and referred to physiotherapy.... The weight loss continued and Emma (Grace's Mum) requested X-Ray / MRI and she was told it was not necessary. Again after more visits, she was subsequently diagnosed with both stress related eczema and scoliosis. After further investigation and an MRI, they discovered a tumour. A biopsy was done and on the 25th August 2017, Grace was told she had a malignant tumour and the process began.