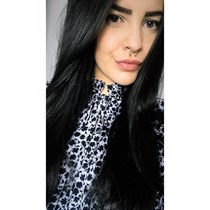 Weʼve raised £2,610 to fund a 230 kilometre Ultra Marathon and raise money for Save The Rhino International and For Rangers

In September 2019, I am embarking on my next big challenge and will be taking part in the Beyond The Ultimate: For Rangers Ultra. This is a five day event across 230 kilometres of rural landscape in Kenya, spanning five conservation reserves, who work to protect the country’s much-threatened wildlife.

This race is entirely self-sufficient and I will be on foot for the entire distance and carrying all food, water and kit across often grueling terrain, with the support of the rangers who work hard every day in this environment.

I am currently asking for fundraising to support my efforts and the work of those rangers. All flights, accommodation and kit are paid for by me and a minimal part of the £2500 race fee goes predominantly towards medical aid at respite points and camps, as well as surveillance from rangers during the run. The remaining funds and anything beyond £2500 will be donated to For Rangers, an organisation linked to Save The Rhino, who provide the tools and support needed to ensure the rapidly-declining populations of African rhino species are protected. The following statistics illustrate the importance of this work:

- In the last decade, more than 7245 African rhinos have been poached

- On average, 3 rhinos a day are killed for their horn across Africa

- Black rhino populations declined by 96% between the 1970s and mid 1990s. Numbers are slowly increasing thanks to conservation efforts but the species remains as Critically Endangered, with the Western Black Rhino sub-species being declared extinct in 2013.

- Ivory and rhino horn are gaining popularity as a source of income for criminal groups, including some of Africa’s most notorious armed groups, such as Somalia’s al-Shabab, the Lord’s Resistance Army (L.R.A.), and Darfur’s janjaweed

I cannot express how grateful I would be for your support and donations in this challenge. Not only will it spur me on across a distance almost equal to running from London to Rotherham, but will also help to fund projects which aim to prevent the extinction of creatures which have existed on this planet far longer than us and who are purely at risk as a result of human action.

Thank you all in advance- all donations hugely appreciated, every little helps! X