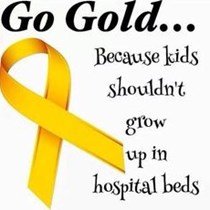 Weʼve raised £975 to help raise money for Gareth Crabb and his family during such a traumatic time.

This is Gareth Crabb he is 6 years old he was diagnosed with an adult cancer Anaplastic large cell Lymphoma in October 2017, alongside a rare autoimmune condition called Hemophagocytic Lymphohistiocytosis where the immune system already struggles to function.

Gareth has spent the last 2 half years fighting for his life, he has relapsed 2 times and has been given endless amounts of chemotherapy, steroids, blood product transfusions, and various other medication.

Gareth Has faced 9 hrs of surgery following problems with his bowels from treatment, he needed to have a stoma fitted. Following his surgery, and then he then spent just over 2 weeks in peadiatric intesive care.

Gareth eventually rang the end of treatment bell on the 20th of April 2018!!

On the 22nd of April Gareth began to have severe pain. Gareth was blue lighted back to Cardiff on Tuesday 24th April where he was taken into emergency theatre and faced another 5 and half hour surgery. They found his bowel was stuck together and it was twisting, so they had to make a new stoma.

Doctors decided to take biopsies and Gareths mum and parents had the devastating news that Gareth had relapsed, and the cancer had spread to his lyphnodes, spleen, kidneys, eyes and skin. Gareth family were prepared that he may not make it through the nigh as he had another life threatening condition.

Gareth fought a hard fight and beat it again after a long discussion Gareths oncologist felt Gareths only chance staying cancer free would be a bone marrow transplant. Gareth continued on chemotherapy treatment to keep him in remission.

A donor was found!! Gareths family live in Swansea and the only hospital available to do the transplant was Leeds childrens hospital. Gareth and his family prepared to go up to Leeds in January 2019. Unfortunatly in February 2019 Gareth became unwell and his mum pushed for tests, he then started having fits. Gareth had relapsed again!

Once again Gareths mum was told he would not get through it. It was a long night and days ahead, but again Gareth proved professionals wrong and he fought hard.

professionals wernt keen to go for a bone marrow however Gareths mum pushed for her baby to have one. They found a new Donor and the date was set for June 2019. The family travelled up to leeds, however when they arrived at 10 pm that day they were told Gareth had an infection and they needed destroy it. Hearts were broken yet again. Odds were against Gareth yet again!

At the beginning of August they had found another Donor, however this one was better than the previous doners. Gareth was admitted to leeds on the 13th August 2019, he had two weeks of radiotherapy and chemotherapy all of this was on his birthday! then he had the bone marrow over 2 days.

Gareth was doing well but unfortunately he had a virus and he had Graft vs host disease (gvhd). Over the last two months gareth has deteriorated. Last week Gareth was in severe pain again. After having a ct and ultrasound scan late Wednesday evening they took to theatre to have have more surgery on his bowels.

Gareth was put on intensive care. In the early hours of Saturday 23rd November Gareth took a turn for the worse, and they had to put him in an induced coma as he was having problems breathing. Gareths kidneys started failing so they had to put him on another machine to help his kidneys.

Gareth has got another fight on his hands his family have been told to prepare themselves to be in hospital for some time yet. Emma Gareths mum has 3 children one being 2 month old. She has had to have time away from her children and a newborn to be able to be with Gareth. Gareth has been unable to see family and siblings, Gareth And his family have had to find the funds to help with travel and extra expenses that hospital stays bring.

Gareth has already missed out on his birthday this year and now will miss out on a proper Christmas.

Your donation will not just help this family with the extra expenses occured from this traumatic time. It will also help towards Gareth having a special Christmas for when he is able to come home.