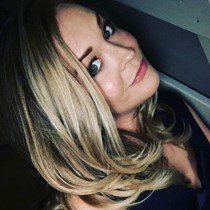 Weʼve raised £14,448 to Dad-of-two & ex soldier with only months to live 'praying for a miracle' to get more time with family.

A dad-of-two & ex soldier is “praying for a miracle” after being given just months to live.

Phil Cox has spent the last 16 months battling aggressive tumours which are rapidly growing throughout his body.

To add to his ordeal, he recently received the devastating diagnosis of Leptomeningeal Disease - an incurable complication of cancer which spreads to the brain and spinal cord.

The 36-year-old, who lives in Billingham with his wife Kerri, 41, their son Joe, four, and Phil’s step-daughter Keira, 10, has been told he could have less than a year - or as little as a few months - left to live.

UPDATE: it's with a heavy heart I've been asked to advise Phil is in hospital & not up to visitors. He is extremely unwell & being supported by his beautiful family Guys we've had news that Phil's wife may lose the house.We need to push harder to help remove the financial burden