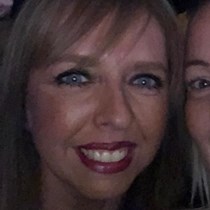 Weʼve raised £11,849 to Fund a gastric pacemaker to potentially save my Nephews life, due to a rare incurable illness called Gastroparesis. Please help if you can.

Just under four years ago my nephew Chris started to become sick, with loss of hearing, severe weight loss and vomiting, we realised something was seriously wrong. After many tests specialists confirmed that Chris has a rare condition called Gastropariesis, this causes the stomach muscles to become paralysed, so prevents food and liquids from staying down. Chris being as unique as he is has had the added bonus of pockets of air on his brain, caused by significant weight loss and a shrinkage of tissue, which now specialists have confirmed the two conditions are linked.

Chris now 36yrs has always been a healthy 13.8 stone and loved his food, he now weighs a dangerously low 8.6 stone and still dropping. He is unable to eat or drink without vomiting. He was fitted with a tube that was fed through his nose, this caused discomfort and embarrassment, he now has a PEG-J feeding tube in his abdomen, and a rucksack that carries pumps, tubes and syringes, this tube has to be changed every 3 months which costs the NHS £8,000 every time, often the tube comes out of his small intestine where he is fed and so needs changing on an even more frequent basis. Over a 12 month period Chris is costing the NHS approximately £164,000. He often jokes that if he was a horse he'd be glue by now.

On top of all of this all his feed comes in plastic bottles, his syringes are plastic as are his feeding tube attachments. He will use 265g of plastic per day, 967kg per year and over a 10 year period (the life expectancy of the pacemaker) that’s 9.672 tons of plastic!

Chris's surgeon Mr Kadirkamanathan has now agreed to fit a Gastric Pacemaker, but the NHS will not fund this, which is crazy considering how much the annual fee is at present to them. The pacemaker and aftercare will cost 17,357.58 and the surgeon will work for free and supply his own Anaesthetist, due to disagreeing that Chris has to fund this procedure himself.

Chris has remained positive throughout this journey, and is an inspiration to all others that suffer with this condition, he is a loyal family man and has a special bond with his beloved wife Lorraine and son Christopher. There has been times where he has felt really down and felt like giving up, but the love of his family has kept him going. We are now in the process of raising funds to better Chris's life and enable him to be pain free, socialise and eat again. We have lots of fundraising ideas that will take place locally, Chris is also going to contact local companies, radio stations, the press and our local MP. If you would like to join us in any events please keep posted for upcoming dates, if not a donation would be very much appreciated however small.