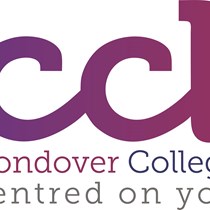 Due to Amy’s Cerebral Palsy, she is not able to use speech. She is an excellent and highly motivated communicator and does a fantastic job of using sounds and pictures to communicate. However, Amy has a lot more she wants to say and using pictures and sounds alone restricts what she can say.

Amy has been trialling the use of a communication aid using eye gaze technology. Using this aid allows her to communicate through her eyes, looking at different symbols on a computer screen. When she looks at a symbol, the computer generates the equivalent spoken word so that she can communicate a variety of messages. She’s been practicing asking for her favourite TV shows and music, stating what pamper treatment she would like and, her favourite, telling people to ‘Get out!!’ – she finds it very amusing!

Using this communication aid has allowed her to have more control over her life, be able to socialise more, have a wider range of things that she can ask for and has allowed her to be less reliant on her team interpreting her communication for people who don’t know her so well. In addition to this, she has been accessing games on it, which has not only been a great way for her to develop her eye gaze skills, but has also given her the opportunity to engage with something totally independently – something that is hard for Amy due to her physical disability associated with Cerebral Palsy.

The trial was very successful, and Amy was very happy with it. However, unfortunately, the eye gaze Amy requires is going to cost approximately £8,000. Therefore, a team at CCL have decided to organise a sponsored walk and all money raised will go towards Amy’s communication aid. In addition to this, Amy’s family also plans to host other fundraising events, which we will keep you updated on.

On Saturday 18th September, a team from CCL accompanied with Amy's mum and sister will walk over the Lawley (377m), Caradoc (459m) and Ragleth (398m), finishing at the pub where Amy will meet us for a celebratory drink! The walk will be challenging, climbing 1234m and a total distance of 15.8km, but definitely worth it for Amy.

We hope you can sponsor us and help us fundraise for something that will ultimately change Amy’s life for the better.

We are fund-raising £8,000 to help Amy Llewellyn, 33, who has Cerebral Palsy, obtain an eye-gaze communication aid, allowing her to communicate with others and live a better and more fulfilling life.