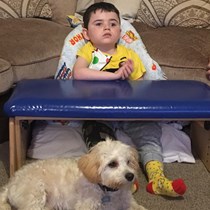 Weʼve raised £3,750 to raise funds for special adapted chair so Cameron can go out on family days out

This year i will be taking part in my first marathon, running the stirling marathon on 28th april 2019. I have decided to setup a fund raising page for our son Cameron. As some of you are aware he was born with a very rare condition hemimegalencaphaly which affects only one in a million children. He has under went 3 hemispherectomies detatching one half of his brain from the other in an attempt to stop the 100+ seizures he was having on a daily basis. Cameron has been left with hemiplegia, being paralysed down one side of his body, he is none verbal and has to be peg fed as it is too dangers for him to eat orally and unfortunately he still suffers from daily seizures. All that said he is a happy boy and loves the company of his two big brothers, kieran and joshua. We are fundraising to raise funds for an adapted chair that can be attached to a bike and pushed with greater ease than his wheelchair. At moment only one of us can go out on bikes with two older boys and one has to remain with Cameron. This adapted chair cost £3500 and any donation would help greatly so Cameron can spend more time with his brothers doing outdoor activities, thanks. 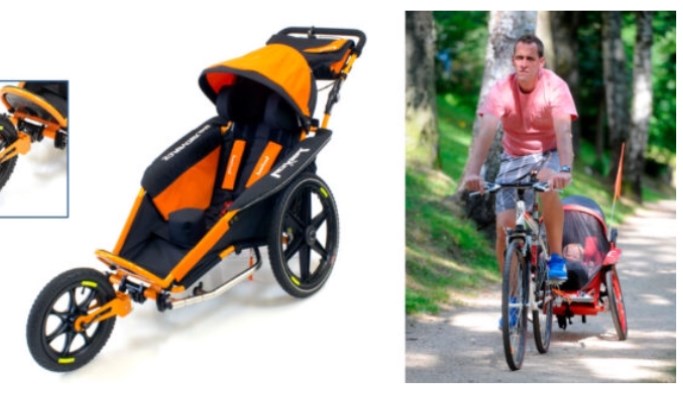