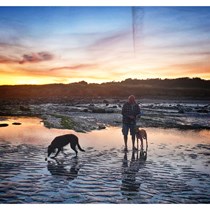 NAAFI Break provide fantastic support to South Tyneside's Ex Forces (Veterans) community, they are a local community group who soley rely on donations to keep going. Twice a month there is a drop in morning where veterans meet, share a coffee, have a meal if they wish aswell as tell stories of past glories. More importantly, it provides access to a number of services and support like housing, financial issues and mental health. It also provides an opportunity to socialize with new and existing friends and comrades. NAAFI Break also arranges and supports families of veterans with such things as food, education, furniture etc. aswell as regular donations to their local food bank both financial and stock items.

SSAFA (Tyne & Wear) stands for Soldiers, Sailors, Airmen and Families Association. They are a national charity with a local branch that is hugely active in the local community providing welfare, health and support services, for the UK military's serving personnel, veterans, and their families.

So why do this challenge for NAAFI Break & SSAFA ?

In 2018 I reached the lowest point in my life. I had been through years of emotional stress, turmoil and reached a point that I felt the best thing for everyone would be if I was no longer here. I was so poorly with my mental health that I tried to take my own life.

Even though I was severely ill with mental health issues, I had still never spoken to anyone about how poorly I was, how I felt or how much I was struggling and how low I actually felt. I hadn't sought any kind of help because that's just not what men did !!!

As part of my early recovery, SSAFA helped immeasurably. Their caseworker helped me secure housing as I was losing my home at that time, they also helped with furnishings, carpets and some initial bills and debts.

NAAFI Break helped give me structure and a safe social environment with people who had experienced similar life challenging events, plus a place to reconnect with the Armed Forces community. NAAFI Break also gave me the confidence and opportunity to become a volunteer Welfare Officer, so I could help others in a similar crisis situation..

Why drive around the coastline of Great Britain ?

Having always had an affinity with the sea, it seemed like the challenge that made sense. Born in South Shields, a coastal town in North East England, I joined the Royal Navy at 16 years old. On leaving the Royal Navy I moved back to my home town of South Shields, drawn back by the magnificent coast. As an avid surfer, I have spent most of my life on the beach. With the Royal Navy I was lucky enough to travel all over the world, but for me, Great Britain still has some of the most spectacular coastline in the world !!

When I was ill with my mental health, I developed severe Anxiety which affected all aspects of my life, one of the biggest impacts was my ability to drive. Over a number of years the anxiety became much worse, it seemed as though the distance of where I could drive was becoming smaller and smaller. The anxiety became so acute, that eventually I could no longer drive. I couldn't even drive to my support meetings which were less than a mile away !!! No matter how hard I tried, no matter how much I kept telling myself I could do it, no matter how angry I got with myself, I couldn't make the journey. Many times I would make it into the car, but the anxiety would kick in, the panic attacks became so overwhelming and severe that I would have to turn around or pull in a side road, while my anxiety would run riot in my mind, to get it under some form of control.

In June 2020 I bought a Ford Transit Minibus which I started to convert into a Campervan, which I called Roxy. Why ? My logic was that when I drove anywhere, if I started to panic I could pull over and stay in Roxy until it passed.

I bought a Road Atlas with a plan to try and get off the page that South Shields sat in the middle of. Little by little, step by step, I have slowly expanded my horizons and believe it or not, I have now managed 19 pages !!!

However, even with this relative success, I have still only driven 120 miles (with my partner, Louise) and only 55 miles away from home by myself !!!

To many, the challenge I'm doing, driving 5,500 miles solo (apart from my two companions Sandy & Shelby woof woof) around the coastline of Great Britain may seem quite easy and simple, but I can assure you it will not be !! This challenge will have me facing my anxiety and depression head on !!! At the same time, helping raise awareness of Men's Mental Health, while promoting this important message.

IT IS IMPORTANT FOR MEN TO SEEK HELP EARLY !! NEVER LET THINGS GET TO A CRISIS POINT, OR BEYOND, BEFORE SEEKING HELP. AND REMEMBER THERE IS ALWAYS SOMEONE WHO CAN HELP !!

Along the way I will be promoting the services of NAAFI Break and SSAFA and raising funds for them to continue their amazing work.

The challenge involves driving approximately 5,500 miles. Diesel will cost approximately £1,000. This will be fully funded out of my own pocket, allowing 100% of any donations received, will be paid in full to the charities.

NO deductions for diesel, accommodation or any other costs incurred will be taken from any of the money raised through donations.

WE ARE SETTING OFF ON MONDAY 15TH NOVEMBER 2021 FROM THE CAR PARK NEXT TO THE SANDANCER PUB AND FINISHING AT THE SAME PLACE 3-4 WEEKS LATER.

You can come along for the ride on the challenge with me and follow my progress as I navigate the 5,500 miles around our amazing island coastline on either of the 2 pages below :

Aged 49. Ex Royal Navy, I'm the Welfare Officer for NAAFI Break, a role which I love as it allows me to directly assist vulnerable veterans and their families in extraordinary times of crisis.