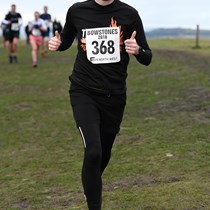 Weʼve raised £231 to Give Charlie a chance

On 6th October I will be running the Chester Marathon in support of Charlie Walton. Charlie is a beautiful and happy 2 year old friend of our family. However, at 15 months of age Charlie was diagnosed with MECP2 Duplication Syndrome.

MECP2 Duplication Syndrome was discovered in 2005. It is a very rare progressive neurological disorder, primarily affecting males. Common features include non-verbal communication, low muscle tone, developmental delay, intellectual impairment and/or autistic traits, recurrent deadly respiratory infections, and epilepsy. About half of individuals have seizures, often of the tonic-clonic type. This type of seizure involves a loss of consciousness, muscle rigidity, convulsions and may not respond to medication. Some affected individuals experience the loss of previously acquired skills (developmental regression).

Over the course of winter Charlie has been hospitalised on numerous occasions due to his low immune system which makes him very susceptible to serious respiratory conditions.

However, there is hope in the form of medical research. In 2015, researchers at the Baylor College of Medicine, led by Dr. Huda Y. Zoghbi, managed to reverse MECP2 Duplication Syndrome in mice using antisense therapy. The 401 project is dedicated to raising the funds to help research into reaching a viable treatment for humans.

Any money raised on this page will go towards making treasured memories with Charlie, specialist equipment that Charlie will require in the future as well as all important donations to the pioneering research mentioned above.

More information can be found on the following websites : Give Charlie a Chance & Reverse MECP2