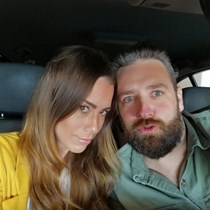 Weʼve raised £50 to We have clubs across the uk from as far up as Scotland and all the way down south. One of our goals is to get as many clubs as possible

On Bank Holiday Sunday 27th May Andy’s Man Club, and Hebden Bridge Golf Club will be holding a charity golf day and evening event with an aim to raise awareness of male suicide in the UK, and end the stigma of talking about Mental Health.

AndysManClub is for any man who is going through a storm, been through a storm or just wants to come along and meet a good group of people with the aim of improving one another. We are a talking group, a place for men to come together in a safe environment to talk about issues/problems they may have faced or currently been facing. The benefit is there are other men who have been in similar situations and can help you with advice on how they have dealt with the situation.

We have clubs across the uk from as far up as Scotland and all the way down south. One of our goals is to get as many clubs as possible in across the country.

What is staggering is that 42% of men aged 18-45 have considered suicide as an option. Then add to that that the single biggest killer of men under 45 is suicide. Around 4200 men, (thats one man every 2 hours), a year are taken from this world and their families by suicide, it is quite unbelievable that their isn't that much awareness. What seems to be a big underlying problem for men is their inability to speak out about what is bothering them. That isn't an opinion but a fact of the 42% of men that debated it, stated that they believed it was weakness for men to talk about their feelings. We want to give men somewhere to go where they feel they can talk!

Our aim at the moment is to get our name out there to as many people as possible to let them know of the free service we offer! We are a not for profit organisation and every pound raised goes back in to the club to help more men know that it is okay to talk.