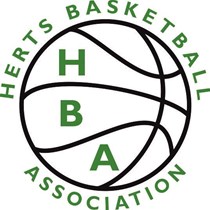 Hertfordshire Basketball Association in conjunction with Basketball England is proudly delivering an Elite Basketball Tournament for the first time after hosting Howell Shield Tournament at Oakland’s College for two consecutive years in memory of Mick Howell.

In May 2016 the British basketball community lost one of its most valued members a former referee and commissioner Mick Howell who sadly passed away from cancer..

Mick was a gentleman on court as well as off court and was highly respected by all those that new him.

Mick devoted a phenomenal amount of time and effort to British basketball though out a remarkable career.

Mick started playing basketball at school and went on to start up a social club based in Hoddesdon, Hertfordshire called 'The Jokers Basketball Club'. so that the team could get more games they decided to enter the Basketball Local League and to be able to enter they had to have 2 qualified referees.

This was the very first step Mick took on his great career as a referee and he became a FIBA Observer, instructor and Commissioner.

Mick refereed over 500 BBL games and was the co-ordination of BBL referees.

He officiated games in the UK well over 25 years , and was well known all over the world.

In 1984 Mick was invited to become a FIBA Referee and just before attending a camp in Malta he broke his ankle and had to wait till 1986 to go to Yugoslavia, and then to Athens in 1987 where he became a highly acclaimed FIBA Referee.

In 2001 he went to Denmark to the Youth Olympics and officiated the Final.

He also officiated at the World Student Games in Beijing.

For UK referee's to attend high level camps/tournaments to help them develop into high level referees they have to travel to Europe. So Hertfordshire Basketball Association would like to give UK & Europe basketball officials the opportunity to attend a camp/tournament here in the UK in memory of Mick Howell

The tournament details are as below:

Any queries you may have please contact Angela Griffin