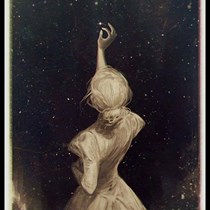 I am only sharing this with my friends, to update you all on the situation and ask for your help, 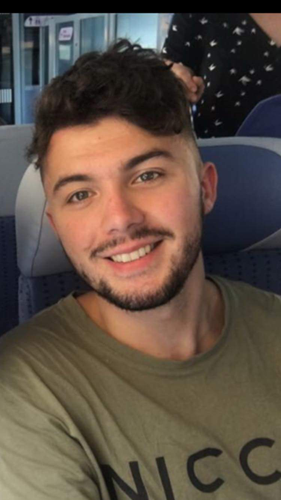 On 26th February 2018 our world was turned upside down. We took Thomas our eldest son to A&E for the second time, with 20 second episodes of right side weakness. The first time i asked for a neurological assessment, they decided to check for cardiac problems and sent Thomas away for a 7 day heart tape. Whilst waiting for the tape, his episodes became more regular with a slight speech deficit prompted the second visit to A&E.

Historically in 2010 Thomas baby brother aged 21 weeks old was diagnosed with Liver cancer, William spent many months of his young life in hospital receiving treatment to try and save his life, unfortunately the chemotherapy William endured was not successful and he was fortunately very lucky to be given a liver transplant at 10 months old to save his life. William is now 8 years old and has regular health appointments, bloods, daily medicines, hospital admissions, and scans. He is doing okay. Thomas and William have an unbreakable bond following William's cancer and transplant. Thomas, was 15 years old, he was devastated that his baby brother was so poorly but he supported his younger siblings helping his mother. Thomas even chose to fundraise and climb Mount Kilimanjaro at such a young age, with determination at this time.

Back in A&E we waited 3 hours waiting to be seen, while Thomas has more seizures. After 3 hours I enquired about the blood results they had taken. The nurse informed me that blood results had been lost, I requested a CT scan. I was told that she would ask the consultant as it was at his discretion. The CT scan was sanctioned and Thomas was violently sick in the scan.

The results came back, we were asked to go in to the 'quiet room' this to me meant it was bad news. We were told Thomas had a large lesion on the brain. Shocked and lost for words he was left to sleep on a trolley in A&E that night and given various drugs. On the ward an MRI was planned and he was told the tumour was 5 cm in size and he would need to go to QMC to see a specialist.

The neurosurgeon moved all his patients to get Thomas in for a craniotomy. The plan was to remove the tumour, which he said was nearer 10cm. Thomas boldly accepted the 'awake' surgery, in order for the surgeon to know where the boundaries were for the removal of the tumour without causing a speech deficit, as this was the area of his brain that it was affecting. Thomas was confident this was the answer and shaved his own hair off with determination. 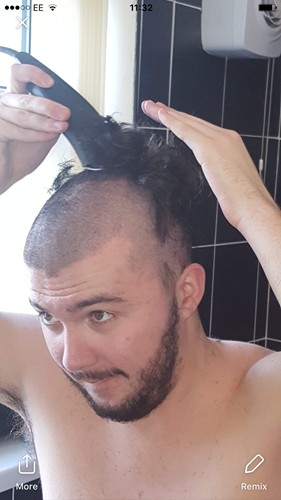 On the 20th March 2018 we waited anxiously for our boy to come out of theatre. He was in there for most of the day. The surgeon came to inform us he could not remove all of the tumour and that Thomas has done tremendously. He has stopped when Thomas couldn't speak and knew he had worked to his boundary. I was so very proud of him, how amazing and frightening to be awake while they worked on the brain. Thomas has a big seizure in theatre and vomited. The surgeon told us that Thomas had an 80% chance of a stroke and he had made it through without one. He also said that if he had a stroke they would cease any further treatment! 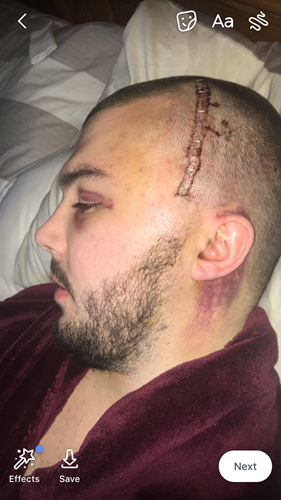 The results were a long time coming. We were all sat around the phone when the call came to tell us Thomas had a Diffuse Astrocytoma. Grade 2 with some changes towards Grade 3. We were totally devastated. The brain tumour had been there for 7-15 years! So shocked that tumours affected both my boys!

We met his oncologist who planned for Radiotherapy and Chemotherapy. Thomas has endure some frank discussions around his prognosis, and plans for the future. Leading to many appointments with different clinics.

From a young man just finding his way in the world. Gaining his 1st class honours degree in 2017. Securing a good job with the local council. getting his first car and waiting for his Girlfriend of 6 years to finish Uni so they could start their life together to this.........

Hospital every day an hours trip there and back. Dealing with pain, a huge scar on his head where his skull hasn't fused back together yet, and people looking at him and commenting on it. Also then being readmitted to hospital for a huge allergic reaction. Thomas had to have another biopsy, we have no results yet but he has been told if it is what they think it is. Its very rare and life threatening.

Thomas has gone from 'we can do this' to what's the point and then back again;. I can not stand to see him suffer. The prognosis has rocked us all to the core. Our what seemed healthy 21 year old has been told this is terminal. (We have NOT told his small sisters and brother as i know they would not cope.) We are broken hearted. He is still my baby even though he is 21 and I still don't believe this is happening. He is trying his hardest to battle through. He said to me the best thing to have is a positive attitude, he is truly more worried about the effect on those around him more than himself!! He is so selfless. Thomas has even already talked about planning to cross the Sahara Desert in the future, after he has had his treatment to raise funds for other brain tumour patients!, when he is battling himself..... just amazing!

So given that Thomas has been a geography student and a town planner and his main interest is travelling. That has stopped because he is having therapies and the travel insurance has gone sky high. We would like to surprise him by raising funds for him to travel in the future. To make plans to make memories and have something to aim for after his treatment.

Our family have been through hell and back in the last 8 yrs and Thomas needs some hope, you can help by offering as much or as little as you like to give him a boost, so he has a little bit of something to look forward to. Please support this crowdfunding if you can.

Thank you for reading about my son x 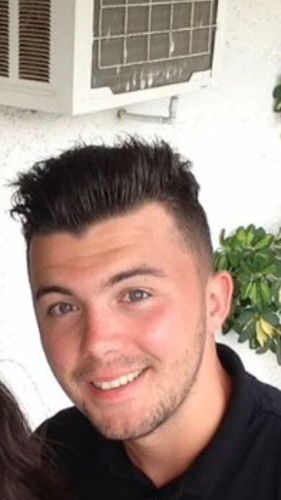