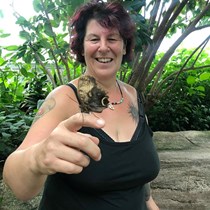 Weʼve raised £835 to get Harry and his family a much deserved break to have some fun and create life long memories .

Harry was diagnosed with Treacher Collin's syndrome when he was born in November 2014. Treacher Collin's syndrome effects 1 in 50,000 live births and is a rare genetic disorder that can cause facial deformities and severe breathing difficulties. As a result of this condition Harry has had a tracheostomy to maintain a stable airway because of his small jaw, a gastrostomy called a PEG to feed him his daily nutrition because he can not tolerate food due to the tracheostomy, BAHA hearing aids to enable him to hear and he will need to learn to communicate using British Sign Language due to him not being able to talk because of the tracheostomy. Harry has been through several surgeries already in his young life and will still undergo many further surgeries throughout his childhood years and into his teens. Harry requires medical care 24/7, clinical appointments at various different hospitals and medical equipment and supplies to care for his needs. Although he has been through so much already and the family have nearly lost him numerous times, he still fights and remains a happy little boy despite his tough journey ahead of him.

In August I plan to hike up Sulphur mountain in Canada and continue onto Sanson's peak to the old cosmic ray weather station. This will be a challenge for me in many ways so I thought I could raise some money to help Harry and his family by helping to give them a break.