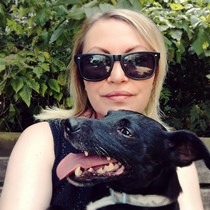 Weʼve raised £1,250 to help Sete Star Sept and Atomçk getting back on track following their van being broken into during their London show

Cult noisecore duo Sete Star Sept were playing at Chimpyfest, South London on Saturday the 8th September when their tour bus was broken into. Sadly the band lost personal items and some equipment, we're heartbroken for them!

The band have traveled all the way from Japan to embark on their current tour and as their UK music family, we are deeply frustrated and ashamed that this incident took place on our soil. This is a band whose generosity on stage has no limits, a band that gives their all during their performances, and we would like to give something back.

We are going to do all we can to raise funds to replace Kae’s stolen laptop, as well as replacing other personal items that were taken, and cover the costs of repairing the damage to the van.

We want to ease the pain of this dreadful experience, and hope that the theft will not deter them from coming to play for us in the future. We love them, and we want them back.

Thank you so much for your time and generosity.

*Update: since last weekend it has emerged that Atomçk, who were sharing the van with Sete Star Sept on the UK leg of their tour, also had some personal belongings stolen. Atomçk are taking care of the repairs to the van and covering the excess on the van insurance. To reflect this, I have updated the header of our campaign, and your wonderful donations will be apportioned accordingly between the bands to cover both losses. Thank you again for being totally brilliant!