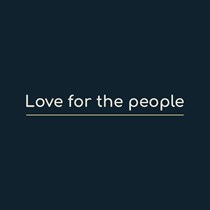 Weʼve raised £2,771 to help support NHS and frontline workers to show appreciation for all they have done to care for us during the Covid-19 pandemic 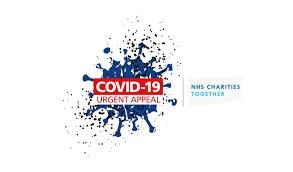 Help us raise money for the NHS Charities COVID-19 Appeal

With re-Tweets on Twitter from celebrities such as Keith Lemmon, Dermot Murnaghan, Linda Lusardi and Nadia Sawalha, TV, Radio Stations, and the Media are getting on board to help promote this beautiful song.

Like so many of us around the world watching the heart-breaking images of COVID -19 play out, two Suffolk songwriters, collectively called ‘Love For The People’, felt they could not ignore the tremendous sacrifice so many NHS Staff were making, with some even paying the ultimate price.

“When we are unable to love, comfort, and hold the hands of our sick mothers, fathers, brothers, sisters, and children, these wonderful Heroes are doing this for us - suppressing their own fears every day to be true Angels By Their Side” the duo’s spokesperson said, and then added.

“While we feel their love, we hope through this song they can feel ours”.

“We can never forget when the rainbows have gone, all the things they’ve done”

Both writers have family members working for the NHS, one a neice working on the frontline in Brighton.

The duo set about writing the heartfelt tribute dedicated to NHS staff and frontline workers, ‘Angel By My Side’ using news footage in the public domain from the National TV news channels to get the song’s meaningful message across, acknowledging the great care and support NHS and frontline workers are giving to us, our friends, and our families in our greatest time of need.

During a national lockdown and with social distancing rules in place, composing the song was no easy task. It meant the writers, who usually write songs for their own enjoyment, could not physically get together for a writing session as they normally would. Nevertheless, after numerous text messages and video calls this poignant dedicated song was born, highlighting the selfless efforts of the amazing NHS and front line staff, to thank them for the way they are touching our lives forever.

Once the song was finished they sent it to a friend who offered to put a video together.

“After seeing the images with the song, it really put everything into context, and we quickly realised we had something truly special to honour the NHS staff”, said their spokesperson.

“A decision was made to feature the video on Facebook in the hope that our words would express the gratitude we all feel towards these amazing NHS heroes who are putting their lives at risk day in day out” the spokesperson added.

Their Facebook page has now received thousands of kind messages from all over the world including Russia, Australia, NZ, France, Spain, Italy, Canada and USA.

Following this enthusiastic reception ‘Love For The People’ are releasing the song on Friday 29th May with all proceeds going to NHS Charities COVID-19 Appeal. There is also a Just Giving page hoping to raise £100,000.

‘Love For The People’ are hoping for the post to continue going viral worldwide and maybe even get the song to the coveted Number One spot.

The writers are not looking to gain personal profile from this song and came up with the release name ‘Love For The People’ from the title of one of the pair’s earlier collaborations. Their only wish is for people to show support for our NHS heroes by visiting their Just Giving Page, and even downloading the song.

As the song says “We can never forget, when the rainbows are gone, all the things they’ve done”.

Some are calling it “The Peoples Tribute” ....but you decide....

The song is being distributed digitally Worldwide via Tunecore to all major Stores including iTunes, Google Play and Amazon and is being released on Friday 29th May. You can Pre Order NOW!

Love for the people started crowdfunding